Kirtan- an Ultimate celebration in Nepal

In Hindu society, we can observe chants and prayers daily. In yoga also we are familiar with the chanting of various mantras. Some mantras are complex whereas some are simple and do not require much effort. One of such chanting is kirtan. It is a method of devotional chanting that heals the mind and brings us close to the supreme being. In this blog, we shall take a deeper look into what it is and how we can do it.

The most common question that our readers have right now is ‘What on earth is Kirtana?’ I know that it is a form of chanting but there might be more to it. There is more to it than meets the eye. The word ‘kirtan’ comes from the Sanskrit word meaning ‘describing, narrating, or describing’. In a sense, any sort of narrating activity is Kirtana.

However, the kirtan that we are describing is not that. Kirtana is a unique type of music that mostly revolves around ancient chants. It possesses the ability to take one into serenity if one does it with proper intention. Our kirtana has great links to Hinduism and people perform them to appease the Gods. 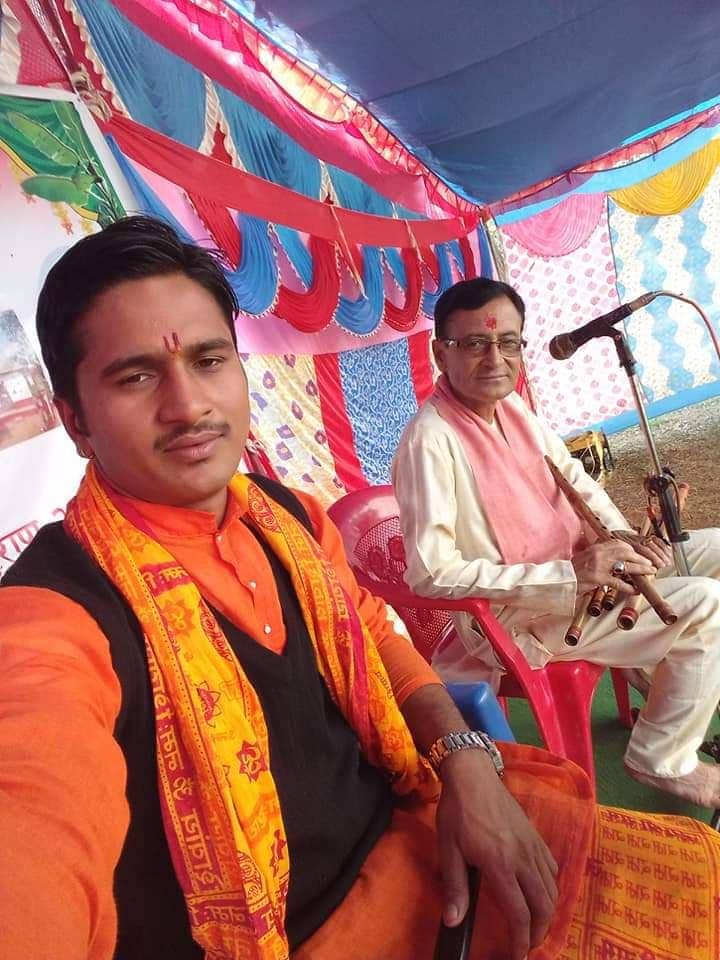 We have understood that kirtana is a method of devotional chanting by using musical instruments. We can find evidence of kirtana in ancient Hindu texts like Samaveda and other Vedic texts. The base of kirtan practice can be found in the Bhagavad Gita too. In this book, Lord Krishna explains that through Bhakti marga, one can achieve moksha. Also, he states that it is necessary to follow karma marga and jnana marga too.

Upon reading the Bhagavad Gita, we can generalize that kirtana is a way to show devotion to Krishna and achieve moksha. Further details of musical performances as a method of kirtan, is found in the Bhagavata Purana as well.

Like any musical performance, there are different schools of kirtan too. Each of them has their style and origin. The details about them are:

This kirtana takes place mostly in the evening but sometimes, it occurs in the morning too. Devotees huddle in a spot and play with musical instruments like harmonium, mridanga, kartals, and other instruments. Devotees travel the tows playing instruments, singing, and dancing. This kirtana mostly occurs in December as it is a holy month suggested by the Bhagavad Gita.

In this kirtan, the names of the lord are spoken repeatedly. In most cases, the name of Lord Krishna is repeated. The main objective of this kirtana is to gain the affection and love of God. It is spiritual and relaxing too.

You will see this type of kirtana in temples and personal places. Initially, a single devotee sings the name of Lord Krishna in a melodious way. People perform this kirtan before embarking on important journeys.

This kirtan highlight the relation between Lord Krishna, Radha, and other friends. The creator of this kirtana was Lord Chaitanya Dev. He states that this kirtana is better with friends.

In Nepal, kirtan is mostly practiced by devotees by Lord Krishna, Ram, Radha, Shiva, Parvati, Gansha etc. Mostly, people gather in evening time to celebrate. In some occasion, they also do bhajana and kirtana in day time as well.  A staggering difference between kirtans in India and kirtan in Nepal is that people infuse their culture too. So, what are you waiting for? Head to Nepal and take part in a spiritual awakening.