Reflexology is the therapy applied to the feet, hands, and ear to heal the health issues and problems of the body. It has been categorized under one of the effective alternative medicines and treatment system. Basically applying the pressure on the certain points of the foot, this treatment is conducted without use of lotion and oil on any part of the body. Nevertheless, few practitioners recommend and apply oil, lotion, and instruments such as balls, brushes and dowels.  Even though it is generally regarded as massage therapy, it has its deeper effect in the parts of the body. Basically massage is conducted to relieve the pain, improve circulation, and heal injuries by manipulating the muscle and soft tissues. However, the practice of reflexology orients to healing the issues in relation to certain organs. The certain area of the foot indicates the certain parts of the body. The toes represents the head whereas the balls of a foot connects to the chest and heart. Furthermore, the arch of the foot has interlinked with kidney, liver and pancreas. Likewise, the lower part of the foot implies the area of back pain and intestines.

Reflexology points in hand and leg 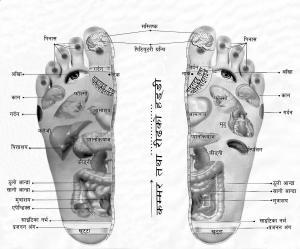 The treatment of reflexology includes large area of health matters. Ranging from stress, anxiety and depression of psychological periphery, it also can be implemented for the cure of digestive disorders, arthritis, insomnia, hormonal imbalances, menstrual disorders, back pain, migraine, infertility, sclerosis, and sports injuries. Actually, the list of the problems which can be healed by the use of reflexology are numerous.

As far as history of Reflexology is concerned it has Chinese and Egyptian origin. However, the promotion of this therapy started to spread when William H. Fitzgerald, an ear, nose and throat doctor presented this system with the name ‘zone therapy’ in 1915 AD. The establishment and tradition made by Dr. Fitzgerald was further enhanced and heightened by American physiotherapist Eunice Ingram in 1930s which was popularized as modern reflexology. 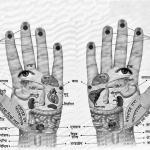 The process of treatment commences from a person resting on the reclining chair, table, or bed. The general therapeutic time would be measured about 30 to 60 minutes. One gets off the shoes and socks to allow a therapist to use the foot for the treatment. Brisk moment of massage also would be done to create warm and relaxation into the body. The accurate and right information to the therapist would definitely supports to get the best treatment and effect the session. Once the affected areas is confirmed then it allows one to apply the pressure on the specific area to get the best result.

Reflexology is not against the medical system rather it can be utilized as the complement of prevalent system of medicine. The major concern of reflexology is interconnection or association between and among the parts, glands and organs of the body with the points, zones, or reflexes of the legs and hands.