There are many forms of yoga in the world. There are many styles of yoga and various techniques that were created by various gurus. It is their contribution to the field of yoga we are enjoying now. Among the many forms of yoga, there is Vinyasa yoga, and it is unique in every way. Vinyasa yoga is the art of yoga where people flow from one posture to another posture in a sequence along with the harmony of breath. We Include vinyasa yoga in our yoga teacher training and in yoga retreat as well. 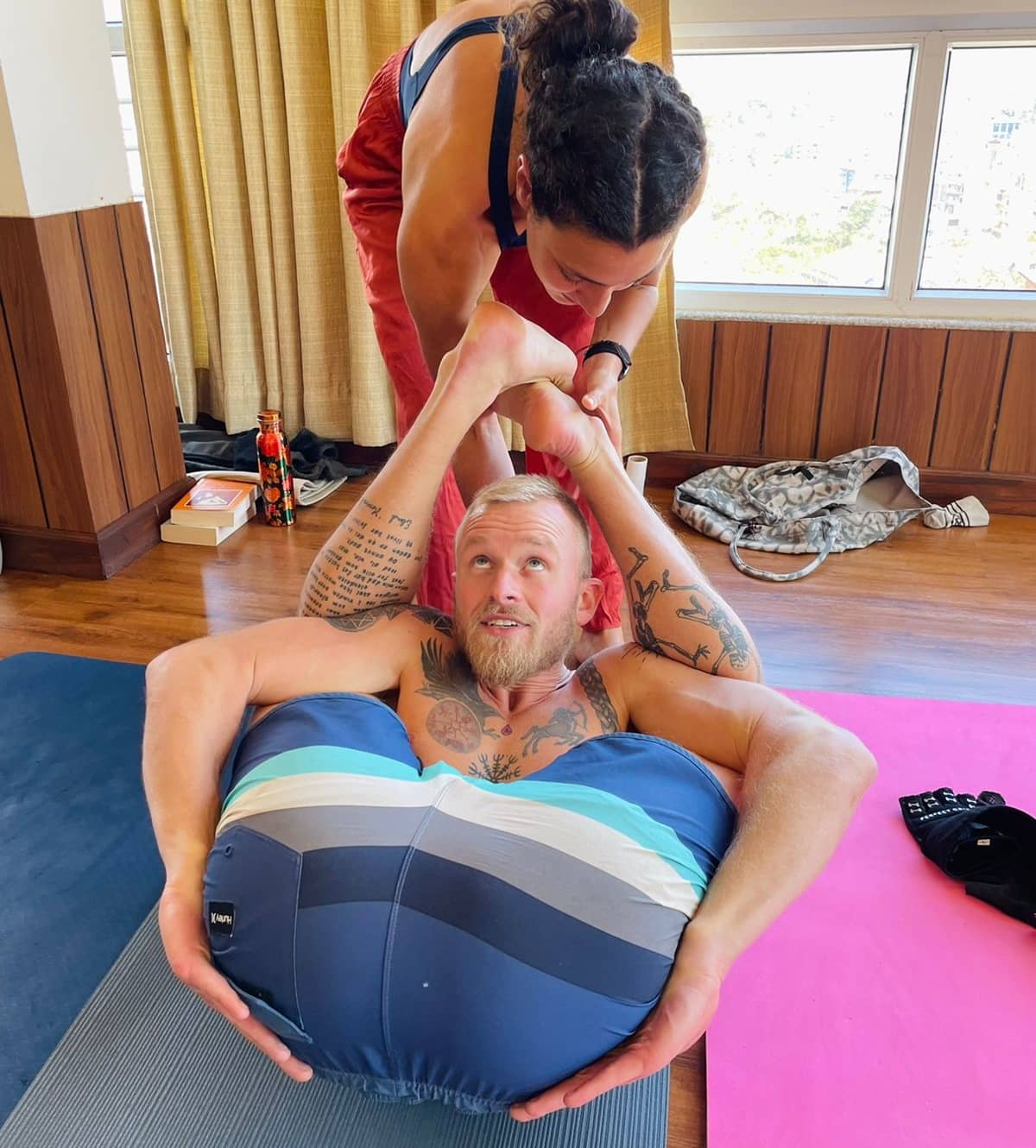 The art itself is very amazing and people who have not entered the world of yoga also can realize how amazing the posture and flow in the breath are. Like other most forms of yoga Vinyasa yoga in Nepal is also popular and people from various parts of the world visit here to learn or master the form of this yoga. Vinyasa yoga in Nepal is something to be interested in, as it can gift you with various amazing things.

Yoga is an ancient technique that has been passed down for many generations. Nobody exactly knows who and when invented yoga. People from Hinduism believe that yoga was gifted to us by the gods. The technique was invented by one of the holy trinities Mahadev. He invented it and then gifted it to humans. Now, in the course of thousands of years from one to another and written in various books and scriptures yoga got to this time. Maybe it was gifted to us by the gods, or maybe it was invented over the course of many years by the various gurus and people who had dedicated their lives to this art.

Different Types Of Yoga And Its Practice In Nepal

Nepal, the country in the mountains always has been the focal point of yoga and yogic principles. In this region which is current day Nepal and India the techniques and knowledge of yoga were uncovered. Also, in these same lands, various sages and gurus have taken birth that has given a new direction to the force of yoga. The time has changed since then and the modern age of technology has come.

People of Nepal also have adopted this age of technology and information and the ancient country of the temples and monasteries look a bit different now. However, at its core, it has got still the same connection with nature and with the ancient art of yoga and meditation. Still, the country has got something valuable that other places in the world do not possess in terms of yoga. It has a connection with the knowledge that was left by ancient people which is hard to find in any other place in the world.

People from all over the world travel to Nepal to learn various forms of yoga. The authenticity and the originality that is found in the yoga practices of this country are amazing and people love to come here for that also.

Ashtanga Vinyasa yoga is the set of postures that are bound together by breaths. The forms move from one to another very fluently and without any stress where using breath as a medium to jump between one to another posture.

Vinyasa yoga is very unique compared to other techniques and methods of yoga. The yoga posture moves from one to another very quickly where there is a certain gap between each yoga posture. Also, there is another form of yoga called Ashtanga yoga where also the practitioner jumps from one yoga posture to another without any gap.

However, the key difference that exists between Vinyasa yoga and Ashtanga yoga is that in Ashtanga yoga there is the same pattern every time you perform the yoga postures with the flow. However, the keyway that is used in Vinyasa yoga is that the flowing sequence is not permanent. The flowing sequence of yoga depends upon the teacher who is monitoring it. The students follow the sequence that is given by the teacher and there is no strict rule that the yoga sequence should be something and cannot be more than that.

Vinyasa yoga is unlike any form of Yoga there is as it is with the flow rather than with strict rules and posture. The posture and poses go wherever the breath take with the flow. During the process of breathing either we can throw the air out or we can take the air in. This process is done continuously and collectively is called breathing.

There are many yoga poses and some yoga poses are more advanced and difficult to do than others while some take a considerate amount of time to perform. In Vinyasa yoga the yoga postures that require more time are not considered. The yoga posture that is easy to do and can be performed in a flow with other postures is included.

Breathing during Vinyasa has another catch. The flow of the breath during the yoga postures sometimes can be stressful on the body. If the sequence is short, then there is no problem with breathing as it is not so hard to do. However, the sequence of the Vinyasa yoga may be long sometimes and can be stressful on the breath. If during the breathing sequence if one may feel that they are running out of breath, then there is a way for that too.

It may come to that during some sequences and if that happens in whatever flow you may be in immediately return to Bal asana (The child’s pose). In this asana, you can get back to your stable breathing pattern if you are out of breath. The best thing about this pose is during the flow within various poses one can take this pose at any time. Some sequences can be long while some can be short, the best thing is that one can take Childs pose at any time they want.

This is the basic framework of Vinyasa yoga in Nepal or any other place in the world. Vinyasa yoga works in a principle and no matter the place the core principle is always the same. Breath and flow are the two pillars of Vinyasa yoga. As long as the breath connects the yoga postures, and the flow is maintained it is good.

Normal people will have lots of difficulties recognizing who is authentic as to the untrained eyes yoga are just poses and postures. One can immediately develop some postures also which many people may not be able to distinguish. Vinyasa yoga in Nepal will provide the learners with authenticity. They can come here for Vinyasa yoga in Nepal and taste what true authenticity looks like.

The certificate that people will obtain from Nepal after learning various yoga is also one of the many reasons why people come for Vinyasa yoga in Nepal. Yes, having good skills and the ability to do things is very important, however, we cannot ignore the importance of a certificate in our life. Certificates are proof of what we have learned or the courses we have completed in our life.

They may not be able to exactly bind our skills and talents with their words but can roughly provide the frame where our knowledge remains. If one intends to master Vinyasa yoga and in time start their career in the same field, then it is good to take a course of Vinyasa yoga in Nepal. One can get a valuable certification of Vinyasa yoga in Nepal course after completing the required course.

Be it Vinyasa yoga or any other form of yoga, the technique was developed to be formed to be combined with nature and serenity. It is believed that Yoga works best and provides maximum efficiency when done with the aid of nature and natural resources. That is the very reason in ancient times sages went to isolated places and forests to get mastery of yoga and yogic techniques. While learning Vinyasa yoga in Nepal one can get in touch with the serene nature and maximize the learning of the yogic techniques. Vinyasa yoga in Nepal lets you enjoy the serene environment and try out the yoga in Nature and combine those two aspects.

See culture and environment of Nepal

Nepal is a country that is extraordinarily rich in its culture and traditions. The country has amazing cultures and traditions that are not found anywhere in the world. The experience gets better if you were to visit Nepal during the festivals. Then one can get to see another dimension of Nepal itself.

Another amazing thing about Nepal is its natural resources. This country is also famous for its natural resources and various beautiful locations which is the reason various people belonging to various countries visit Nepal. While the main reason you are going to visit the country is to learn Yoga, but it does not mean that while you visit Nepal you are not able to do anything other than learning Yoga. If you got the time after learning Yoga, then explore the beauty of the country as much as you can.