Dhauti: The process of cleansing the stomach along the food pipe is called dhauti. It is done basically in the empty stomach early in the morning for removing the undigested food particles as well as for removing the gaseous that are deposited in the stomach. There are various types of dhauti. The main type of dhauti are:

This kind of dhauti is further divided into three types

There are two types of  major neti which are

The process of cleansing and purifying the nasal passage with the mild salted water using the pot (having a long spout on one side) is called  Jala Neti. We should bend our head toward the right if we fixed the spout of the pot in the left nostril and wait for the water coming out from the next nostril. Again repeat the process from the right nostril. After completing this process the nostrils must be thoroughly dried by Vastrika breathing.  Jala neti stimulates the nerve ending in the nose, removes mucus from nasal passages, cleans the nose and sinus cavities, thus helping in reliving allergies, sinuses, mild headache, migraine, memory loss etc.

Neti can be done from the rubber as well as from the thread that is called Sutra neti. Slowly we pass the blunt end of the catheter or the thread in the nostril feeling each sensation it will go upward and heading towards the throats, with the help of two finger pull the catheter out gently rub or massage the channels smoothly. Then leaving the nostril part pulls it out from the mouth. Repeat the process with next nostril.  Again repeat with the water neti at the end.  Practice under the guidance of expert practitioners.

This practice cleanses the forehead, nose, and throat and prevents cold, improves vision and catarrh.

Some of the benefits of Neti- jal/ rubber/ thread are: 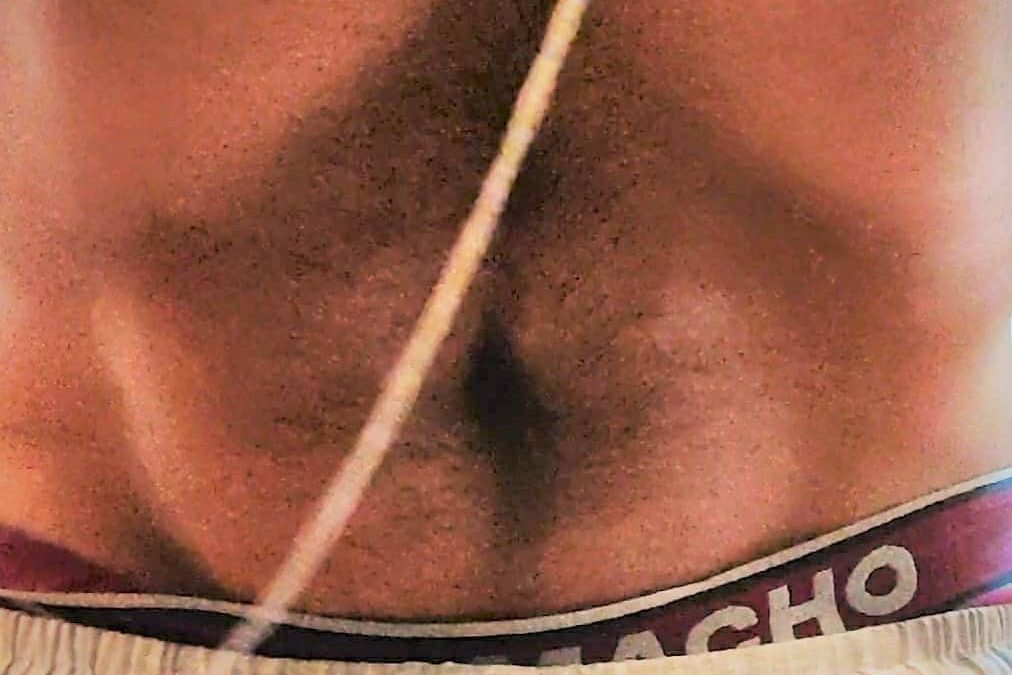 The practice of rotation of abdominal muscles in clockwise or anti-clockwise direction is nauli kriya. There are four forms of Nauli, they are;

4) Moving in all direction clockwise and anti-clockwise.

Nauli helps to tone all the muscles as well as organs associated with the abdomen. It removes all the digestives disorders.

Nauli is the practice of churning the abdominal muscles to the left and right repeatedly. Rotation of the muscles, clockwise as well as anti-clockwise is also practiced. This tones up all the organs in the abdomen and removes digestive disorders. It is a difficult practice in the beginning and may take a few months to master.

Before we dive into the whats and hows, it is crucial to understand that it is more than an exercise. But rather, an insight into the ancient healing processes and the road to a healthy life.

1. WHAT IS NAULI KRIYA

Nauli refers to an ancient cleaning methodology that dates to thousands of years. Ancient yogis were the progenitors of this divine method. This method involves vacuuming the beings of your abdomen and massaging them while simultaneously holding the breath. Readers might be confused and perplexed by this notion but fret not, we shall explain it in detail.

Nauli Kriyais a part of the seven karmas (shatkarma) which is mentioned in the primitive yogic text, ‘Hatha yoga pradipika’. The amalgamation of these techniques enables the practitioner to live a healthy and fulfilled life.

The word ‘Nauli kriya’ composes of two words, ‘Nauli’ and ‘Kriya’. Nauli itself is made up of two Sanskrit words, ‘Nau’ and ‘Li’. Nau means boat whereas Li refers to cling. When you join the word kriya with it, you get the meaning of doing an activity to achieve a goal. You can often see the word ‘Nauli’ pop up as ‘lauliki karma’ in various Sanskrit texts.

3. WHAT HAPPENS IN NAULI KRIYA?

While performing Nauli Kriya, the organs in the abdomen and the muscles there, move vertically and horizontally. The movement of the abdomen resembles that of a wave in an ocean. The rectus abdominis massages and stimulates the digestive organs by vigorously grinding the abdomen. You will feel the abdomen muscles move upward and contract too.

The objective of this exercise is to heighten the ‘gastric fire’ of the body and carefully eliminate the toxins. Also, it achieves the desired effect of toning the core.

4. CHAKRAS INVOLVED IN THIS EXERCISE

We are aware of the idea that yoga includes chakra and other ethereal elements. When you practice nauli kriya, you can stimulate the Navel chakra. This chakra is an integral part of the human body. Likewise, once this chakra is activated, the mind becomes sharper and the metabolism process is accentuated.

There are three different types of Nauli Kriya. They are categorized based on the muscle group that they target. They are given as follows:

6.HOW TO DO NAULI KRIYA

You might be wondering, how can I perform nauli kriya. Well, we have set out a thorough protocol of steps that you can follow to master this exercise. The steps are as follows:

7. WHEN SHOULD I PRACTICE THIS EXERCISE?

You should practice nauli kriya early in the morning. It is better that you keep an empty stomach while doing this exercise.

Thus, these are the basic things that need to be understood while performing this exercise. We hope that we have cleared your doubts regarding this exercise. If you have any doubts, please feel free to contact us.

Kapalabhati – Though many include Kapalabhati as a type pranayama, in the Hatha Yoga texts, it is classified under theShatkarmas. It is a powerful cleaning process where the air is forcefully expelled from the lungs, removing any stagnant carbon dioxide accumulated in the lower parts of the lungs. In kapalabhati, the exhalation is forceful while the inhalation is normal. This process is repeated few rounds. It is said to be a cure for many diseases.

To draw in water through the anus and wash the large intestines with nauli or simple movement of abdomen and then take out all the unnecessary things from large intestine is known as basti karma.  In short cut the act of cleansing the bowels with the water is basti. Traditionally the ancient people use to drawl the water from their anus from the pond while having bathing in the pond thus cleansing their bowel, but due to increasing population this technique have been diverted. The water about 1-1.5 liter of mild hot slightly salted water is place at a pot (enema can) with some feet high from the bed level head level slightly lower than leg, with the pipe connected with the tap and the catheter, the nozzle is slowly placed in the anus with putting some lubrication if required, then open the pipe so that the water enters into our large intestine. Wait for while remove before the water is finished. Be in the toilet wait until there is a pressure to defecate, you will find the dark colored stool that may be the remaining of last food that have been stored from past.

It balances the three doshas (humor) of the body.  The large intestines can have impurities stuck to its walls, which don’t get expelled for days so the basti helps to remove these. It helps relieving the gas formation in large intestine. It wakes the digestive power. This process is very powerful to relives and cures the constipation.

What is sat karma and yogic detox?

a perfect yogic purification of body

Yoga has different dimension of purifying our body mind and soul. One of the vital part of yoga is yogic detoxification (satkarma). ‘Shatkarma’ known as Shatkriya is a compound word consisting of two components: ‘shat’ meaning ‘six’ and ‘karma’ mean action or task. The word ‘kriya’ and ‘karma’ has same meaning used in Hatha Yoga. Dhauti, basti, neti, trataka, nauli and kapalbhati are the six process of detox in yoga which is known as shatkarma or shatkriya. These six technique of yogic cleansing can make the body clean , strong and  removes  accumulated  toxins in our  body. This detoxification also improves the flow of prana into nadies (pranic channel).

These purification processes are both preventive and curative so any one can practice this natural technique of yogic detoxification (shatkarma) with good teacher (Guru). Shatkarma is better to teach individually according to individual nature and requirement. The shatkarma affect and activate almost all of the vital systems in the body, especially the digestive, respiratory, circulatory, nervous systems and endocrine gland. When the different systems, gland and organs of the body have been purified, the overall result is that energy can flow through the body freely which develops the efficiency of work, positive and creative thinking, strong digest, and happy mood. These cleansing parts of yoga prepared for good meditation and eventually help for enlightenment is ultimate goal of yoga.

According to the Ayurveda the food we eat gets assimilated by the digestive system and gets converted to the Saptha Dhatus, the seven types of body substance that constitute the body that are chyle, blood, flesh, bone, fat, bone marrow and semen. The food that we eat helps to nourish these bodies properly due to the accumulation of the various substances in body and their improper absorption imbalances the bodily humors (Doshas kapha-mucus, pitta-bile, vata-wind). According to Hatha yoga and Ayurveda an imbalance in the doshas will results illness in the body so these need to clean by various Pranamayas and higher yogic practice to purify the body toxins, ensuring safe and successful progression heading towards spiritual path.

The six techniques in Shatkarmas are as follows: