What is Sanatana Dharma | Sanatan Dharma the Heart of Hinduism 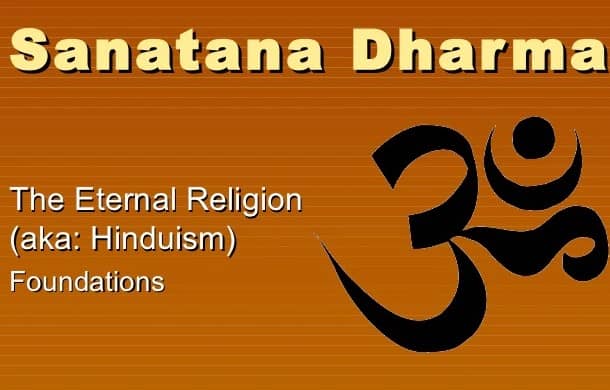 There are many religions in this world. Around 7 billion people live in this plant and they are also unique by the religion that they follow and practice. Also, there are a considerable number of people in the world population who do not follow any kind of religion and are called atheists. Trey either has no religion from birth as their parents followed none or they lest the religion which they were in by birth and stopped practicing it. This article give you the details of Sanatana Dharama and science behind it.

One may be atheist or non-atheist but in today’s world, it is something no one can ignore as religion influence every human on the planet even though they may be atheists. There are many religions and some are very larger than others as more people follow it while some are followed by some fewer people and so local many would not have heard about it. Christianity, Muslim, Hinduism, and Buddhism are some of the biggest religions of the world with many people following and practicing them. Among this Hinduism is incredibly unique and is followed by a considerable number of people. Its real name is not Hinduism it is true to name is Sanatana Dharma.

Hinduism is the name that many people know as the name of the religion. However, it is not its true name. The people are called the Hindus because of a certain incident and it happened a few hundred years ago when the foreigners appeared in India. The religion was being followed by the people who were living on the bank of the Indus River when the foreign people arrived in India. Like that in time, the religion followed by the people living at the bank of the Indus River came to be known as the Hindus and their religious practice Hinduism.

Sanatana Dharma and its origin

The origin of religion is never simple as sometimes the scientific fact, the scientific estimation of the age, and the stories described in the religion counteract with one another. It is the same with Sanatana Dharma also, as science tells the things concerning the fact found and religion with the tales that have been passed from generation to generation and ancient written scriptures.

According to the stories and scriptures were written in the Vedas and other places the mythology tells that Sanatana Dharma started with the birth of the universe itself. It not only is the religion of the humans but the religion and living rules of the gods and demi-gods also.

It is said that the universe was a big void and there was nothing in the universe. It was a vast space no good, no bad, no material, no rock, nothing just vast emptiness, and complete darkness. In that, the universe itself manifested into energy, which we know as lord Vishnu. From the Navel of Lord Vishnu sprouted a gigantic cosmic lotus from which Lord Brahma appeared.

Lord Vishnu then gave the knowledge of Vedas and creation to Lord Brahma and appointed him as the creator of the universe and everything in it. Then Lord Brahma started creating the universe, then he created planets and started creation on the cosmic level. Then he gave birth to various gods and goddesses, who were assigned various roles in the universe. These gods were immortal and were immensely powerful compared to the mortals. However, they were very much inferior when compared to Brahma, Vishnu, and Shiva who were the ultimate beings and acted as the creator, protector, and destroyer of everything in the universe.

The gods in heaven under the leadership of India fight the demons and maintains the natural law in the world and the universe. They can be killed and became immortal by drinking the nectar called Amrit which grants immortal life.

After creating everything Brahma created the mortal life to live on the earth. From animals to plants he created everything and humans also. The first man created by Brahma was named Manu and his wife the first female was called Ananti. AS, the offspring and descendants of the first man Manu, humans are called Manushya in Sanatana Dharma.

By the eyes of science

Science looks at religion a little bit differently than the eyes of mythology. Science bases the origin and fact on the archeological findings, the date of creation of the scriptures, and other things among many to conclude their finding and other things. Also, science changes its results based on new findings and results. Many scholars with their findings and knowledge have foretold that the Hindu religion was started on the Indus valley in the period of 2300BC and 1500BC. However, at this time is also a topic of debate and discussion among them as they had placed their conclusions on various facts and findings.

Whatever the case may be there is in denying that Sanatana Dharma is one of the oldest religions today if not the oldest there is. Unlike the other big religion, no mortal started. Nobody knows where on when it was started everyone has given a period but nothing is certain.

The trinity are the central figure in the Sanatana Dharma. They are the set of three gods who run the universe completely form. The first is Brahma whose wife is Devi Saraswati, who is the goddess of Knowledge. By the knowledge at his side in the form of his wife, Lord Brahma creates everything in the universe. According to the Sanatana Dharma, Lord Vishnu is the protector of the universe and the one who runs it.

To run the universe Lord Vishnu needs resources and wealth. With the goddess of prosperity and wealth Laxmi at his side, he does his duty to the universe. The third among the trinity is Lord Shiva who is the destroyer of the universe and everything in it. When the universe gets to its limit Lord Shiva destroyed and make it ready for the formation of the new one. He needs the energy to do so and in the form of his wife resides the god of energy and Shakti Devi Parvati.

In the Sanatana Dharma, there are many deities and gods but none are as important for the world as they are. Every mortal, other gods, living things, and none living things came from them and eventually will return to them according to the Sanatana dharma.

Vedas are the sacred texts of the Sanatana Dharma. It is believed that there is nothing holier than the Vedas in Sanatana Dharma. It is said that it consists of all the mystery of the universe and only the people who have attained massive spirituality can harness its true knowledge and power while others it is not so. It is said that even gods get their powers from it. Lord Brahma also created the universe using the power of Vedas. Lord Brahma, Lord Sarswati, Lord Hayagriva can be seen in idols and paintings holding the Vedas into their hands.

Originally Vedas where one was a single knowledge. The gods were able to understand the sacred texts but, in the case of humans, only the selective ones and the ones born with gifts and spirituality were able to gain their true essence. The gods did not want this and wanted everyone to tastes the true juice and sweetness of the Veda. Then Lord Vishnu incarnated into this world as Vyas and divided the Single Veda into four Vedas.

According to Sanatana Dharma Rigveda, Yajurveda, Samaveda, and Atharva Veda were formed by Vyas and for this achievement, he was known as Veda Vyasa. This Vyasa also was the one who wrote the epic Mahabharata as he was an important character whose involvement took certain turns at that time.

All four of the Vedas are very sacred and holds the four parts of the one true sacred knowledge. They are the organs of the same body that were separated and made easy to understand as an individual. While the people who have one by one understood all of them could see the bigger picture and get the true knowledge.

Sanatana Dharma and its beliefs

Dharma in simple terms is the duty and duty are the things that run the thing. When we hear duty, we think it is our shift but it is much more than that. It is not like the job kind of duty where you have a responsibility to the organization or the place, but it is the kind of responsibility one has as a human being, being the conscious being on the planet and the responsibility towards the world and universe itself.

The world runs on cosmic duty and responsibility and everybody must play their part. Humans with their consciousness and power of the mind can change the fate of the world in a good way or the bad way. This is the fact and nothing can deny it. With the power of consciousness and such power, they have the biggest duty towards the world and everyone. That is why humans must walk the path of Dharma and change the world in a better way with this power and knowledge.

Sanatana Dharma helps the people walk the path of their duty and Dharma. The unique thing about Dharma is that it may completely differ from individual to individual and everyone has a unique path as an individual and role in this vast world.

Being kind, speaking the truth, acting for the welfare of others and society, thinking right, being honest are some things that are similar for every individual. There is the equipment that is needed to walk the path of the Dharma and with similar equipment and strength, the path and destination of every individual will be unique as we all are from one another.