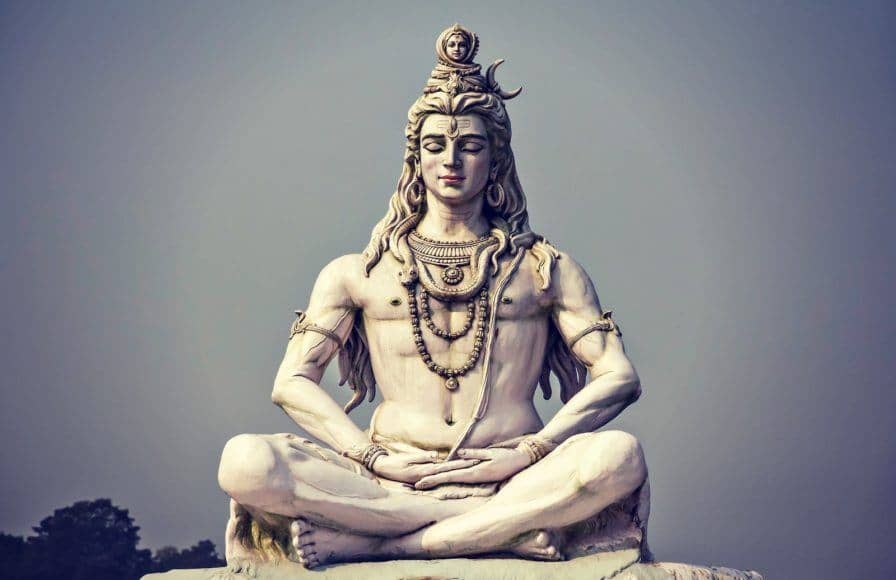 Lord shiva (known as the founder of yoga) is one of the trinities of Hindu mythology aside from Brahma and Vishnu. Among the trinity Lord Shiva is called as the destroyer as his duty to the universe is to destroy it. When the universe completes its life lord shiva destroys the universe so that new life can be created from there.

Shiva has the companionship of Goddess Parvati. Lord shiva and goddess Parvati lives on Mt. Kailash and have Lord Ganesh and Lord Kumar Kartikaya as the children.

Aside from having the duty to destroy the universe Lord Shiva have many tasks to the world. Shiva is also called as the god of dance as well as the founder of yoga. He also destroys the evil demons and evil doers who hampers the delicate balance of the universe.

In Hindu mythology the appearance of Lord shiva is depicted as a tall male with a third eye in forehead. He has long hair with half cresent moon in it and from the hair’s goddess ganga originates. He wears tiger and elephant skin as clothes, wears snake in neck as ornaments. He decorates his body by the ashes, wields the weapon Trishul in one hand and wields damaru in other. His rides an old ox to travel which name is Nandi.

Legend says that Shiva is the one who created yoga. The founder of Yoga is said to be aadi-yogi (Yogic name of lord shiva), the creation or practice of yogi hence the name Yoga. There are many stories of how the teachings of Yoga is spread through the world which lincludes many other gods and goddesd like Macchindra nath, Gorakhnath, Goddess Parvati. However, in every version Lord shiva or Aadi-yogi is the creator and is transferred through the medium of saptarishis.

According to the legends, Yoga was created by god Shiva thousands of year ago. When he invented and was practicing yoga people used to see him perform various activities. Sometimes he was medatiting in complete stillness, sometimes dancing with extremely high energy and sometimes staying in various poses for long times.

Seven men were very enchanted by the activities of god shiva (The Founder of Yoga) and approached him with the wish of learning what he was doing. On the day of Purnima (full moon) Lord shiva decided to become the teacher of those seven men. Hence he became the first teacher of the world Aadi-guru. Gurupurnima is celebrated every year celebrating the teachers in the life started from aadi-guru.

When the teaching was completed the seven men were called saptarishis, completely enlightened heavenly sages. It is also said that each aspect of yoga was put inside each of these heavenly sages by lord shiva.Hence, the seven distinct form of Yoga. After getting enlightment from god shiva, the sages were tasked to distribute their knowledge and enlighten the world.

Lord shiva is the creator or founder of Yoga, meditation and spirituality. Hence in the entire creation, there is no other living or non living, alive or dead, man or god who has more spiritual Knowledge than Shiva.

Commonly Shiva is depicted as a medicating man, however there is so much more to lord shiva than just that. Shiva exists in 3 states:

1) Nirgun: It is the formless state of Shiva. In this he is the whole universe. He exists every where as well as no where in the same time.

2) Sagun: In sagun state shiva exists in every thing. Every life has part of lord hiva in him. From humans to trees, amnilas to ocean creatires . Everyone has shiva in them.

Not a creation or part of universe but Lord shiva is the universe itself. He is a complete being who has reached complete spiritual depth. Yoga, mediation, Veda are his gift to the world so that other’s can also gain the true spiritaul depth.