9 modern yogis who are world famous 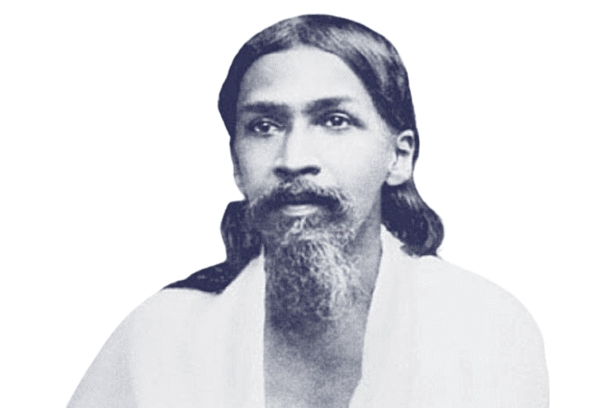 9 modern yogis who are world-famous

Yoga is an ancient art and as time progressed, it saw various changes. Many people have made valuable contributions to its growth and development. In this article, we shall take a closer look at the modern yogis that have provided an indispensable contribution to yoga. So, without further ado, let’s take a look at them.

Sri Aurobindo Ghose was a philosopher, poet, yogi, and guru. He was born in India on August 15, 1872. He has made valuable bequests to not only yoga but to the Indian independence movement as well. He is mostly known for spiritual and visionary ideas for the development of yoga and spiritual essence. His journey to spirituality began during his time in jail. He wrote the book ‘The Synthesis of Yoga and the Life Divine’.

He focused on the idea that the world is not an illusion but humans can enter a new world with new species which are greater than our current status. He introduced the concept of ‘Supermind’ which argues that it is ever-present within us and we need the right tools to access it. These contributions to yoga and spirituality have earned him a spot in the list of modern yogis.

Swami Vivekananda is probably the most polarizing figure in Indian history. He was the disciple of the sage Ramakrishna. He was the influential person behind spreading Hinduism to the western continent. He did it at the Parliament of the World’s religion in Chicago. After spending some time in America, he returned back to India and established the Ramakrishna mission. Its main motive was to serve the poor and needy people.

Among modern yogis, he deeply followed the philosophies of Advaita Vedanta philosophy. He has even published books like

Jiddu Krishnamurti was an Indian writer, speaker, and philosopher. From the very beginning, he had deep interests in meditation, psychological revolution, and how to bring about massive changes in society. He was groomed by the Theosophical society. He traveled through America giving speeches and lectures. He was involved in discussions with profound scholars like the Dalai Lama. Although he was more into politics, his contribution has given him the epithet of modern yogis.

Srila Prabhupada is the mastermind behind ISKCON or the International Society for Krishna Consciousness. If you have heard chants of ‘Hare Krishna’ somewhere, then chances are they belong to ISKCON. Devotees of Prabhupada see him as a messenger of Lord Krishna. Before becoming a monk, he had a pharmaceutical business. Later, he left everything and traveled to India to find the meaning of life.

His journey took him to the West too where he truly left his mark. He popularized the knowledge of Hinduism and Vedic discipline in the west. It is said that through his teachings, many people started learning the Bhagavad Gita. As of now, there are countless branches and temples of ISKCON throughout the world. He truly deserves to be on the list of modern yogis.

Osho is often described as India’s Godman. His birth name was Chandra Mohan Jain and after becoming popular amidst his followers, he became Osho. He’s been in the spotlight as a founder of a religious movement and a mystical personality. Although he spoke harshly about socialism and communism, he always advocated meditation ( Dynamic meditation is very famous among them), love, celebration, and courage.

In his life, he spoke about spiritual and religious topics like Hinduism, Jainism, Hassidism, and even Buddhism. Among the modern yogis, he believed that meditation is not just a method of practice, but a state of awareness. He gave details about more than 100 different meditation techniques to achieve inner peace. He died on 19th January 1990.

Sri Sri Ravi Shankar a leading spiritual leader. Born in13 May 1956. If you have heard about the Art of Living foundation, then chances are that you have heard of Ravi Shankar. He is the founder of Art of Living Foundation. His disciples often call him as Guruji. His foundation provides much-needed help and support to the local people and aids in rural development. Ravi Shankar is a strong believer in the idea that through spirituality, we can enhance human traits like enthusiasm, compassion, and love.

Sadhguru is one of the most influential personalities of India in the 21st century. You can even check out his YouTube channel and see what I’m talking about. The man has got a broad sense of ideas and knowledge which will solve your doubts and queries. He is the founder of the Isha Foundation that has a yoga ashram and includes various activities like spirituality and education.

He is greatly involved in various Yoga activities in and out of India. In addition, he conducts various seminars and sessions in which he aims to solve people’s queries. He is counted among the great modern yogis.

Ramana Maharshi is an Indian sage and often described as the liberated one. He was born in Tamil Nadu and after encountering a near-death experience, he grew conscious of the force within him. He even made contact with the supreme being. From then, he left his home and took abode on a hill. Some of his teachings and work are:

Mahesh yogi is the developer of the Transcendental meditation technique and his contribution to yoga is amazing. He first introduced this concept in 1955 to India and later, the world. In his life, he imparted his wisdom to more than 40,000 teachers and visited countless universities and colleges to give lectures in yoga. He even acted as a teacher to the legendary Beatles and Beach Boys. He is by all means in the list of modern yogis.

After reading about Modern yogis, You may like: 5 Ancient world-famous yogis