Top 5 certification of Yoga in the World 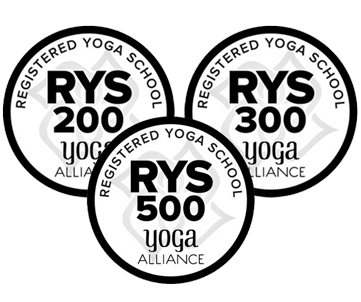 When yoga began to spread very vastly to the west, people started to think the best way forward is to create yoga certification. Yoga Alliance USA is a non-profit organization established for the purpose of yoga certification. The organization was created in year 1999 with the motive of promoting yoga. The organization developed a voluntary registry to recognize yoga schools and yoga teachers whose training met their existing standards. Year by year yoga alliance developed and enhanced itself as more and more people recognized the organization. Then in 2007 the country went international.

The feature was available 10 years after the birth of the organization. Due to this online registration system after going international the organization reached to new heights with applicants all over the world. The same year specialized credentials for children and parental yoga were launched by the organization.

The founders with the volunteer board of directors with their specialty in relative fields, massive experience and dedication made the organization what it is today. Due to their massive efforts the organization is now hailed as among best yoga certification in entire world. From its establishment in 2013 the organization has come a long way. Year by year more people joined, the organization also kept renovating and updating itself with time.

Yoga Alliance India is very dedicated to nurturing authentic yoga traditions throughout the world. Its certification standard and teaching system and curriculum are one of a kind in the world. The strength that Yoga Alliance India holds over other organizations is its location on the land who gave birth to the yoga. Its source location gives the root connection to the yogic principle and technique, which others will have tough time to get.

Yoga Alliance Italy in 2017 with aid of national CSEN, introduced RYS 250 plus standard for yoga teacher training. The method was so amazing and well-integrated that today thousands of Italian as well as International yoga centers practice it. Introducing new Training structure and creating new enrollment levels when the pandemic hit was some of the best decisions of the organization. With the innovations, ideas to tackle the market, professionalism got Yoga Alliance Italy what it is today.

World Yoga Alliance is an exceptionally large organization and has members over 80 countries worldwide. The headquarters of the organization in located at Swaroop Nagar, New Delhi. It is a non-profit organization that aims to share the yoga knowledge and technique to the world. The organization has an extraordinarily rich history form its establishment to turning into a yoga heaven that it is today.

The concept and amassing of yoga knowledge and professionals started back in the 1990. However, world yoga alliance was officially registered as an organization in 2011 Nov 17th.

World Yoga Alliance has many features and facilities both providing yoga knowledge as well as yoga certification. With its online application and information gathering combined with other features makes it client’s favorite. Due to this remarkable feature and dedication, it is one of most cherished yoga certifications in the world now.

If someone is aiming to become a yoga teacher, they should aim to get their certification form an organization with best reputation. Then pursue their goal to become a better yoga instructor