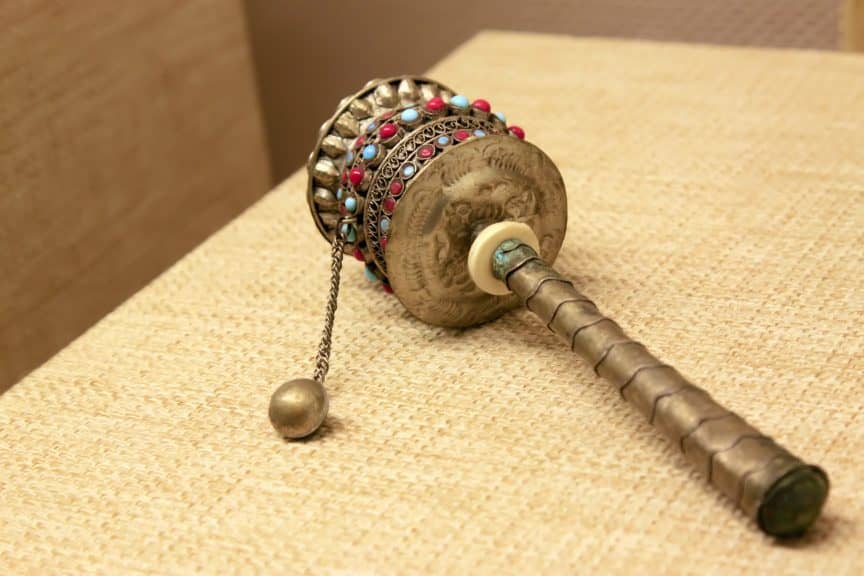 More than seven billion people are living on this planet. They live in various regions and countries and belong to various races. There are also various traits that humans have developed by living continuously in certain regions for many generations. Aside from physical traits and regional differences, there is also one thing that is common to a certain number of people in the world, and it is religion.

There are many religions in the world and many people belong to these various religions. Christian, Muslim, Hinduism, and Buddhism are some of the most followed religions in the world as their followers are maximum in numbers. They were formed at various points in time and also branched in time. Like Buddhism and Tibetan Buddhism, Hinduism into Vaishnavism, Shaktism, and so on.

Religion is the belief or system in which there are single or multiple supernatural beings that impact the lives of people living in the world and work in mysterious ways. There are many definitions of religion, and it is extremely hard to bind the definition of religion into one sentence as it is many things to many people.

Then the question is if an individual creates his gods and deity then can it be called religion if the single person follows it?

The answer is not as a mass number of people need to follow it to call it a religion. If the belief system of one person grows and many people, follow it then it can be officially called a religion. There are many religions in the world. Some of the religions also got erased as there was no one left to follow them. The father passes the value, norms, and cultures to his offspring like this the system of religion works. However, no in this modern and communicative most are free to choose and follow the religion they like.

Buddhism is one of the most followed religions in the world. Countries like China, Nepal, India, Thailand, Myanmar are some of the countries that follow Buddhism. Buddhism is the religion that places Buddha as its central figure and the topmost deity in the heavenly hierarchy. Religion is based on the path of spreading peace into the world. Buddhism started from Buddha himself when he was born in Kapilvastu of Nepal.

He was born as a prince in the royal family but then decided to give up the throne and his kingdom to find the path of peace. In time the teaching of Buddha spread then increased people started to follow the path of nonviolence. At first, people rebelled but the peaceful path of Buddha won over them. Slowly from Buddha alone, the path of non-violence and meditation spread, and increased people joined. Now, the path of non-violence had spread over many countries and many people follow the same belief system. The birthplace of Buddha is still preserved in Nepal and is a holy site for millions of Buddhists around the world.

The Buddhism that is followed in Tibet and Bhutan is known as Tibetan Buddhism. However, it is also found in the parts of Northern Nepal, India, and some regions of the Himalayas.  Tibetan Buddhism is in some ways much similar to mainstream Buddhism while in some things much farther away from it. It is also called Lamaism by some people.

Buddhism was introduced into Tibet in the period of 7 to 9th century. Songtsan Gampo the Tibetan king of that period brought the Sanskrit scriptures from Nepal and India then translated them into the Tibetan language. Gradually the inclination towards Buddhism increased and people in time got increasingly attracted towards it. In the eight-century king, Trisong detsen further increased the range of Buddhism in Tibet. He declared Buddhism to be the official religion of the state and ordered his army to wear similar clothes and practice Buddhism. This was the period for the beginning of Tibetan Buddhism.

After this came the era of fragmentation, Second dissemination, Mangol dominance, Gaden phodrang government, and quing rule. These are the ruling periods of the Tibetan state where various families and people influenced Tibet and ruled it. The spark of Tibetan Buddhism that was lighted in the early 7th century passed through all of these periods to come to the 20th century.

The 20th century played a major part in the course of Tibetan Buddhism. It is the period where the Quing dynasty fell. Then Tibet became an independent state under the 13th Dalai lama-based government. In this century Tibetan Buddhism was accepted by the people of China also by the involvement of prominent figures.

Then China interfered in the matters of Tibet and by communism tried to discard the religion. Following these events, the 14th Dalai Lama of that period had to flee to the neighboring country India. During this period Trbetian Buddhism suffered heavy loss in terms of history and arts as many of the monasteries and places were destroyed.

In this period Tibetan Buddhism has suffered many losses in Tibet but in that time, it flourished to the neighboring countries. Northern border people of Nepal, Bhutan, India had started to accept Tibetan Buddhism and people started adopting its practices.

The people are much more interested in Dalai Lama also. Some joined Tibetan Buddhism and followed in their own countries while some even journeyed to Tibet to learn from the monks and Lamas the ways of Tibetan Buddhism. They even went through all the troubles and learn the true path of Tibetan Buddhism becoming the lamas themselves.

Dalai Lama is made by the combination of two words Dalai and Lama. Both of them are Mongolian words. Dalai means big or ocean in the Mongolian language where Lama means master or guru.

It is believed in Tibetan Buddhism the spiritual powers have a deep connection with the land of Tibet. Especially, Avalokitesvara the bodhisattva of compassion inclines the land of Tibet. He time and time again- reincarnates in the region to influence the life of the people and guide them towards the proper path and life.   Those incarnations are called Dalai lama. The beliefs and the system of Tibetan Buddhism come from the book of Kadam.

It is believed that the book of Kadam belonged to the first Dalai lama. The book has significant importance in Tibetan Buddhism, it is not wrong to say that the book lays the foundation for this religion. It describes Dalai Lamas as the incarnation of Avalokitesvara. However, many individuals were the incarnations of the bodhisattva. Few emperors were believed to be the incarnations of the bodhisattva. The emperors such as Songsten Gampo, Dromtonpa were such individuals who were believed to have been incarnated to lead the life of the Tibetan people to a better future.

Now in the long line of the Dalai lamas the turn of the 14th Dalai lama. His spiritual name is Jetsun Jamphel Ngawang Lobsang Yeshe Tenzin Gyatso in short form known as Tenzin Gyatso. He was born on 6th July 1935 and is the current Dalai lama. According to various sources, he was born into a farming and horse-trading family. He had many siblings but only seven of the siblings survived. The higher lamas had predicted the birth of the reincarnation of higher spirituality in their home.

Among the seven siblings of Tenzing Gyatso, three were the reincarnation of Rinpoches including himself. It was said that when Tenzin Gyatso spoke, he spoke the language that neither belonged to his mother’s nor his father’s side of the family. There was various selection process of the 14th Dalai lama after the death of the 13th one. With the help of many signs, omens, visions, and procedures they found him and made him the 14th Dalai lama.

The duty of the Dalai Lama was to get their rightful place in the religious and political space of the region. This system began with the fifth Dalai lama.

In the 1950s the condition of Tibet was very unstable. Following these events, Dalai Lama fled from Tibet with the aid of CIA’s special activities division. After going to India, he settled in Assam and provided Sanctuary for the people who had fled Tibet with him. There were more than 80000 people that followed him there. He is still living in India in exile and aiding the people who have faith in him.

The four traditions of Tibetan Buddhism

Nyingma school is the oldest of the four schools of Tibetan Buddhism. Nyingma in the Tibetan language means ancient. It was said to be founded in the 8th century. Nyingma school traces its roots to the period of Padmasambhava who is also known as the second Buddha.

This school believes samantabhadra and Adi Buddha to be the embodiment of Dharmakaya. Dharmakaya is the true body of all of the Buddhas.

kagyu is another of four schools of Tibetan Buddhism. Kagyu in the Tibetan language translates to oral lineage or widespread transmission. Its origin can be traced back to the 11th century. It is said that the teaching of Kagyu came from the south to Tibet. Marpa Lotsawa was the one who brought the teaching of kagyu to Tibet and spread it. Marpa was previously a Tibetan householder who traveled to India and Nepal to gain knowledge.

Sakya is the third of the four schools of Tibetan Buddhism. In the Tibetan language, Sakya means grey earth. Its name was derived from the grey-colored landscapes of the poonri hills in southern Tibet. The teaching of the Sakya school of Tibetan Buddhism started back in the 10th century. The tradition was started by Khon Konchog Gyalpo. This tradition also came from India and Nepal through various teachers and translators. Sakya teachings follow the system of Lamdre “path and its fruits.”

However, it did not emerge as the dominant among the four schools until the 16th century. Lamrim is the central teaching of the Gelug school of Tibetan Buddhism. Lamrim means graded path. Lamrim is the central path of this school but there are other paths and ways that revolve around the central Lamrim path. The Dalai Lamas before have also given their description of lamrim path. The most noticeable is the 3rd Dalai lama who has given exposition about Lamrim.