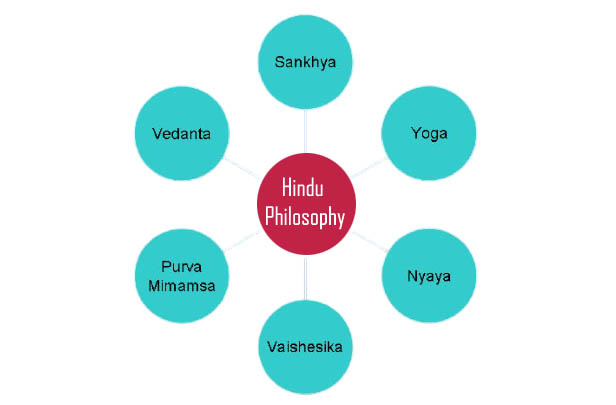 The word “nyāya” refers to formal reasoning. Likewise, In modern times it mainly refers to the reasoning capacity in the layman terms. However, not everyone is favored to the Nyaya philosophy, those who do not favor Nyaya they tend to reduce its status to an arm of thoughts given to the logic and rhetoric. The reasoning is the core component of the school of Nyaya. Likewise, it is also an important component on the topic of epistemology, religion, and metaphysics. Thus, due to its wide array of knowledge, it is often called the autonomous school of the Hindu philosophy.

The origin of the Vaisesika—an ancient Hindu philosophy dates back to the 1st cent C.E. The name translates to the “atom-eater.” There are different anecdotes attached to the name of Vaiśeṣika, the 1st one is considered due to the ontological atomism of the philosophy of (Vaiśeṣika Sūtra VII.1.8), or due to the constraint of the diet grains picked from the field. The Vaisesika philosophy of Hinduism can be categorized with the philosophic questions.

The Sankhya philosophy is considered one of the oldest Hindu Philosophy out of the six systems of Hindu Philosophical view. Sankhya is clearly illustrated in the Bhagavad-Gita as well as in the Upanishads. Kapila, an ancient sage founded the Sankhya philosophy. The Sankhya system is considered a much liberal system of philosophy as the system nullifies the Nyaya-Vaisesika system as incomplete instruments to illustrate the universe. Likewise, it is said that Sankhya substituted the evolution for creation.

Yoga is a popular term in Hindu philosophy. The term has been widely used in the ancient Bhagavad-Gita to denote the union of the soul with the ultimate power i.e the Supreme soul. Notwithstanding the Bhagavad-Gita, Patanjali describes Yoga as the ways to get perfection by controlling the physical, mental and spiritual things on the human.

Purvamimamsa is also called the philosophy of the exposition. The main purpose of Purvamimamsa is to show the authenticity of the Hindu Philosophy systematically through different teachings like Vedas. Purva Mimamsa clearly states that the soul the ultimate energy is distinct from the body and the astral body too. It goes on to say that the liberation of the soul is possible by religiously following the rites and ceremonies described in the ancient Vedas.