Gayatri mantra and its significance in life 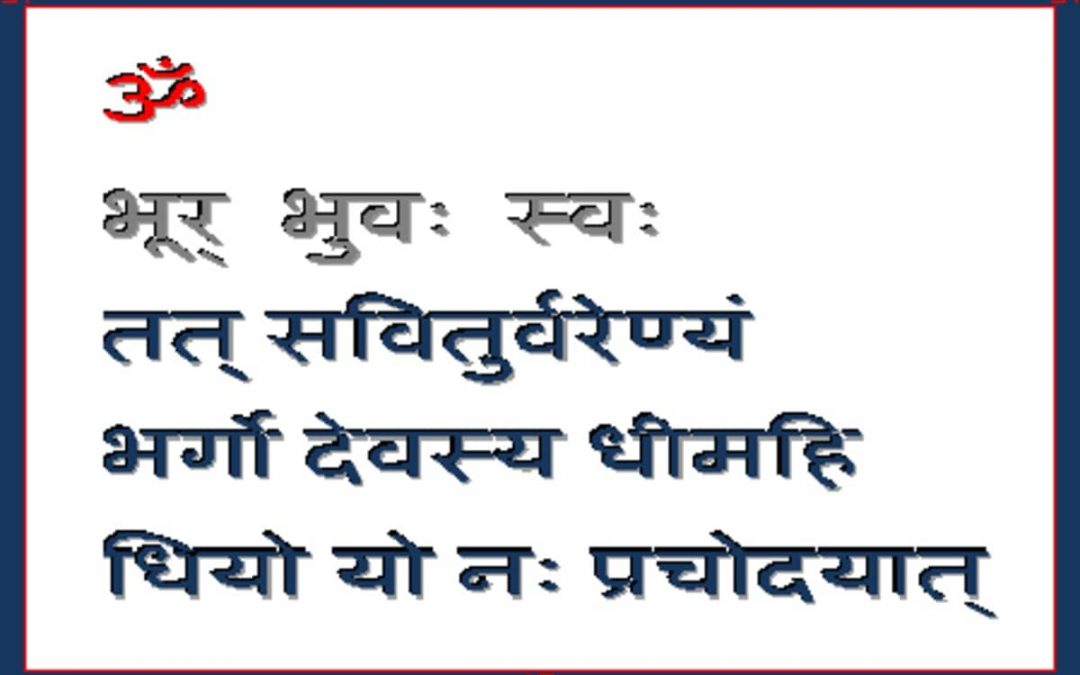 Gayatri mantra and its significance in life

The world is filled with various energy. There are cosmic energy, mental energy, and other several types of energy that surround us some are known to humanity which can be seen and felt while some are so far away from our understanding that we barely know about anything about it. Mystic energy may be the term that comes closest to describe these energies around us because we do not know much about them and they are surrounded with mystery.

We with the help of science have started to know much about energy but there is still much that we do not know. Energy has been used by humans for various purposes, the ancient people also knew about the energy around us and they with the help of mantra channelize those energies. There are several types and kinds of energy and the ancient people used various mantras to use and harness those energies. Gayatri mantra, Surya mantra, Shiva mantra, are some of the powerful mantras that were and still are used to harness various types of energy.

Mantra And Why To Chant Mantra

Mantra is the ancient verses that are believed to have mystical power and provide many things to the one who chants it. The tradition of mantra is mostly dominant in Hindu religion also the Buddhist religion uses the power of mantra and chanting. There is a new definition of Mantra, it is something that motivates you or your goal or some sort of programming that you give to your mind using the power of verses in addition to the ancient verses. However, the actual ancient definition of mantra is the verses or vibrations that can harness the cosmic energy and even be able to perform mystic activities.

It is not like that they wanted to give the boon to the demons as they already knew they were going to use their power for bad purposes. However, the rule of mantra does not work like that. If one chants mantra and harnesses its power as the law of the universe the gods must provide the demanded or suitable boon for their mantra power.

The demigods and other good used the power of mantra to create a peaceful place where people can happily live and defend themselves from monsters and demons. Even the gods of the heavens use the mantra of the holy trinity to increase their spirituality or even to gain a certain boon.

There are various mantras in the world. There are so many that it is even hard to tell exactly just how many are there. However, some mantras are more powerful and divine than others. They channel the very cosmic force from which life in the universe formed. Among the many mantras, such as the Gayatri mantra. The mantra known as the Gayatri mantra is also believed by some to be the strongest mantra there is.

The above-written text is the Gayatri mantra. The mantra is short but is considered one of the most powerful mantras there is. This mantra is also the most famous mantra which most Hindu people know. The children’s adults who practice Hinduism and worship deities must know it and may chant daily.

However, the question is who created the Gaytri mantra? From where it came into existence? And why do some consider it to be the most powerful mantra there is?

Gayatri mantra is one of the most popular mantras of Hindus. Now, the mantra can be found in various texts and scriptures but when was the mantra written. According to the Hindu myths and tales, the mantra is an inseparable part of Vedas and was formed during the same time as the Vedas. Also, Hindu tales say that Vedas were formed before the beginning of time and by using the power of Vedas Brahma created the universe and other things in it. This says that the Gayatri mantra is older than time itself.

Who is the Gayatri mantra dedicated to?

Gayatri’s mantra is dedicated to the Vedic deity Savitr. Many of you may have never heard of this name and wonder who this Hindu deity is. This deity is commonly known by another name and most do not know him by the name Savitr. He is the son of the primordial mother of the gods of heaven Aditi. Savitr is the name of the sun god in Hinduism. Many know him by the name of Surya dev but the name differs according to time. Before the sunrise, the sun is called Savitr where after sunset it is called Surya.

Gayatri is the name of the goddess of the Gayatri mantra on which the verses of the mantra are composed. The goddess is also known as Savitri and Vedmata (Mother of the Vedas). Mother Gayatri is one of the most powerful and holy deities in Hindu mythology. However, there is mass confusion about who mother Gayatri is.

Some sources say that mother Gaytri is in the form of goddess Sarswati (Hindu goddess of knowledge, literature, and music). However, some sources tell as the form of mother Parvati (Hindu goddess of power, nature, and fertility). The Saivite texts denote her as the Maha Gayatri and are said to be the consort of Lord Shiva in his Sadasivam which is sometimes believed to be the highest form of Lord Shiva.

The appearance of Gaytri Devi

Mother Gayatri in her true form is said to possess five individual heads and ten hands on her body. She is sitting in the lotus flower and holding various things in her hands. She is holding various weapons like an arrow, chakra, and other things while also holding the flowers and one hand giving blessings to her devotee.

Gayatri mantra is in pure Sanskrit (Sanskrit is the oldest language). So, many people know and recite the Gayatri mantra but have no idea what it means.

O thou existence absolute, creator of the three dimensions, we contemplate upon thy divine light. May he stimulate our intellect and bestow upon us true knowledge

A simpler translation of the mantra also exists it goes like this,

O divine mother our heart is filled with darkness. Please make this darkness distant from us and promote illumination within us

In all of the translation, we can see the description of the true God who created everything and asking him to bestow his kindness to us in the form of knowledge and intellect.

Gayatri mantra is a very vast thing to comprehend. The verse may be terse but it holds the secrets of the universe itself. So, it in its core has many significances and possesses the depth that nothing can match.

Following are the significance of the Gayatri mantra:

In Hindu society, Barta bandha is what all males should pass through. After getting the knowledge of Barta bandha his karma in life is started. From this point, he is no longer a child but is on the path to becoming an individual. On this occasion, he also gets the teacher in life and the relation between the teacher and student is established by passing of the Gayatri mantra.

The ideal time to chant Gayatri mantra is believed to be in the morning or at dusk. It is not said that the Gayatri mantra cannot be chanted in other times rather than this but this time is said to have the highest efficiency as the mind enters a state of power that can harness the true essence of the mantra.

The power and strength gained from the Gayatri Shakti is unmeasurable and can transform the entire life of the person. One-time chanting two-time chanting is not enough. It is a discipline that needs to be built over time with dedication. One day after another the power of the mantra gets absorbed into the body and in time the true essence of the Gayatri Shakti gets developed in the body.