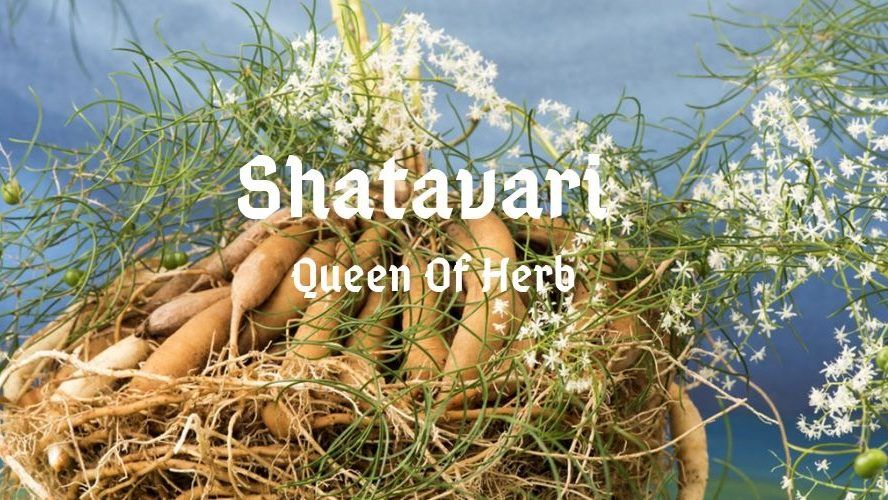 Shatavari literally means a woman with 100 husbands. This indicates towards the strong hormonal and reproductive system of the woman making her able, fit and full of vitality. The plant is also called Shatamuli representing multiple roots in a bunch. Shatavari, Latin named Asparagus racemosus is called Asparagus in English. Various species of Asparagus has been used as a general tonic and as an aphrodisiac especially by women since long. Here, we will be discussing the health benefits of Asparagus from Ayurveda viewpoint.

Asparagus racemosus, belonging to the Liliaceae family, is a thorny climber with smooth triangular branches. Tiny long, straight or curved thorns are seen and the leaves are a clade. The inflorescence of this plant is 1 to 2 inches long, white, single or bunched and with creamy white flowers. Tiny globose fruits become red after they ripe. The roots are creamy or whitish in color, many in number and are fleshy. These are distributed in up to 4000 feet altitude and are widely cultivated in Nepal and India.

Actions And Therapeutic Uses Of Shatavari

The roots of this species of Asparagus are used, 10-20 ml if the extracted juice is taken, 3-6 grams of powder and 50-100ml if the decoction is to be taken.

In a nutshell, despite all the health benefits of Shatavari, it is used as a general tonic by both sexes and specially females. Like Withania serves as a rejuvenating tonic in male, Shatavari is specialized in improving female health in all ages. It is, therefore, woman’s support at its best and ultimately the Queen of Herbs.