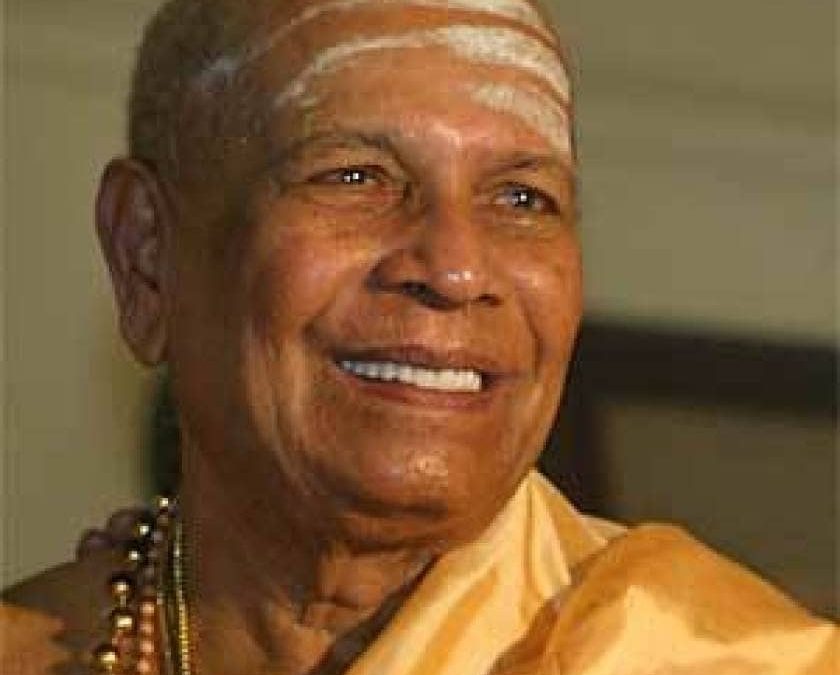 Pattabhi Jois is one of the greatest yogic gurus of this century. He specialized in Ashtanga yoga of vinyasa yoga. Pattabhi Jois had contributed a lot in the field of yoga and spirituality. He is known among the few Indian gurus who took ancient yoga to modern yoga as it is today. Pattabhi Jois in his lifetime acted as the bridge between the old style of yoga and modern yoga. Due to the efforts of people like him yoga is practiced as a form of exercise all over the world.

Ashtanga yoga is the eight limbs of yoga as described by the great sage Patanjali. Yamas, Niyama, Asana, Pranayama, Pratyahara, Dharana, Dhyana, Samadhi are the eight limbs that are described by him. There are many types and forms of yoga. Yoga that was discovered thousands of years ago has just grown with time. However, at what time the yoga comes into the origin or what form it possesses or who invented it, it does not matter it must follow the rules of the Astha limbs and falls into one or more of these categories.

Pattabhi Jois was born on July 15, 1915, in south Karnataka India. The name of the village where he was born was called Kowshika. Pattabhi Jois was born on the day of Guru Purnima. Guru Purnima is a very auspicious day in the Hindu religion. This day in the Hindu religion is celebrated as the day of knowledge and the sacred relation between a teacher and student is worshipped. Being born on such an auspicious day, it was predicted that he would be a great scholar one day.

Father of Pattabhi Jois was a priest, landholder, and astrologer. Being a landholder and a priest at that time the economic condition of the house of Pattabhi Joi house was nice. His mother was a housewife and looked after the children and the house. Which was the most common job of the women of that time. His father and mother had nine children in total. There were five girls and four boys in total. He was fifth among the nine children. At that time education was the privilege of the family with a good name, position, and power.

Being born in the brahmin family, Pattabhi Jois had all three. He also studied Sanskrit from an early age, which was the privilege of only a good Brahman family. From the age of 5, he also started to learn the Brahmin rituals, astrology, and similar fields which were taught to him by his father. Even being from under the family of the Brahman priest, Pattabhi Jois was the only one among his nine siblings who had learned yoga in their lifetime.

Krishnamacharya was born on November 18, 1888, in South India. The name of the place where he was born was Muchukunda Pura, which is situated in the Chitradurga district of Karnataka. Krishnamacharya has an immense impact on yoga and a great contribution to yoga as we know it today. He is also known as the father of modern yoga. Aside from being one of the best yoga teachers of his time he also was an ayurvedic healer and scholar. He held degrees on all six Vedic Darsana.

Krishnamacharya was one of the greatest yogic teachers of his time, he spent his life teaching people yoga, Ayurveda, and another knowledge. It is said that he used to travel from place to place instructing people and promoting the ancient knowledge of yoga. He had amassed so profound knowledge of yoga and taken that knowledge to so much practical level that it is said he could stop his heartbeat momentarily at his own will. He had demonstrated this feat several times while promoting yoga.

Krishnamacharya is also well known as the founder of vinyasa. Breathing or pranayama is an ancient yoga method that has numerous benefits and unparalleled possibilities. Krishnamacharya combined breathing from yoga with movement, by which he gave birth to the new form which was called Vini yoga.

Krishnamacharya had a principle about teaching which he followed in his life “Teach what is appropriate for an individual.” He was knowledgeable about many fields and a true genius. He was the best among the yogi when it came to the topics of yoga. He was the best healer when it came to the topics of Ayurveda. Krishnamacharya was also one of the greatest scholars of that time when the topic was that of education. He had various degrees from various fields and expertise.

Krishnamacharya taught many as he spent his entire life distributing knowledge to others. Only talking about the students who later became the Master of Yoga and healing themselves, there are also quite a few in numbers. This further proves his capacity as a teacher. Pattabhi Jois, Indra Devi, A.G. Mohan, Srivatsa Ramaswami are some of his most notable students.

With his teacher, two years passed like the wind. As today and tomorrow, two years passed like nothing. Krishnamacharya had a duty to the masses and all the people of the world, so he could not settle in one place. His life was traveling from one place to another and dispersing knowledge. So, it was time for Krishnamacharya and Pattabhi Jois to depart from one another as the teacher needed to travel to another place.

Pattabhi Jois became remarkably close with his teacher and always accompanied him wherever he went. The Maharaja of Mysuru (Mysore), at that time, was seriously ill. They had tried other forms of meditation, but everything had failed, and they had lost hope. However, Krishnamacharya through the power of yoga and meditation had healed the Maharaja. After getting his health back Maharaja was very much impressed by the knowledge and abilities of Krishnamacharya. The Maharaja also established Yoga Sala in the palace where the teachers and students live and practice their knowledge and healing techniques.

Pattabhi Jois spent quite an amount of time with Krishnamacharya. Under his guidance, he learned many things. Krishnamacharya was a very capable teacher while Pattabhi Jois was a very capable student. So, the bond between them was incredibly special. Under the guidance of the teacher he learned, Hata yoga pradipika, Patanjali’s Yoga Sutra, Upanishads, Yoga Sutras, Pranayama, Bandhas, Asaan, Vinyasas, and many other techniques.

Pattabhi had dedicated his complete focus to the teaching of his teacher, so he had learned this in no time.  Now Pattabhi Jois was so expert in the subjects that were taught to him by his teacher, he could take the classes of this teacher in his absence. Krishnamacharya had enough faith in the knowledge of Pattabhi Jois that he would often travel to other places and works giving the responsibility of teaching to his student Pattabhi Jois. Pattabi Jois had met Krishnamacharya again at Mysuru (Mysore) in 1932 and stayed with him learning till 1953.

Pattabhi Jois now had begun his career in yoga and Ayurveda after gaining sacred knowledge from his teacher. He now started teaching at Sanskrit college at Mysuru (Mysore). Maharaja was also impressed by the knowledge and learning ability of Pattabhi Jois. He often would visit the class when Pattabi Jois was teaching in yoga Sala. Maharaja also had arrangements for a good salary, a place to stay, and other accommodation.

This also proves how deeply immersed and impressed Maharaja was with yoga and the knowledge of Ayurveda. He taught Sanskrit till the year 1973. Till, that time due to his intellect, teaching ability, and vast knowledge, had made Pattabhi Jois a popular and powerful name there. Pattabhi Jois also taught in the Government college of Indian medicine from 1976 to 1978. This was the teaching career of Pattabhi Jois in various organizations and colleges.

Pattabhi Jois at this point in life had amassed enough knowledge and name that he could now teach yoga and its techniques individually without attaching to other peoples or organizations. In 1948 Pattabhi Jois opened the Ashtanga yoga research center in his hometown. The yoga research institute gained popularity and increased with time. Also, after leaving teaching Pattabhi could focus more on his institute. The yoga institute of Pattabhi Jois was famous among the local peoples and the people of the country, however, he still had not gained any international recognition as a yoga institute and organization.

Ashtanga Yoga research center had a turning point as an organization in the year 1964 when a foreigner came to visit there. He was a Belgian named Andre Van Lysbeth, who spent some time at the institute of the yoga of Jois. He spent two months at the institute and learned Ashtanga Vinyasa yoga directly from the master there. With the knowledge amassed there and learned from the master, Andre authored a book called Yoga-Self-taught. The Yoga book had extensive knowledge about the practices of the institute and mentioned the address and the contact number of the institute. This was the turning point and the international recognition the yoga institute was hoping got getas a successful organization.

Pattabhi Jois has the first international flight to attend the international yoga conference was in 1974, to South America. He visited foreign countries many times after that to disperse his knowledge of yoga and meditation to many people.

Pattabhi Jois was married and had a family, unlike some other yogis. He got married to his wife at the age of 18. With his wife, Pattabhi Jois had three children. Saraswati, Manju, and Ramesh were the names of the three children of Jois.

Pattabhi Jois died on 18th May 2009. He was at the ripe age of 94 when he passed from this world. The Yoga Institute opened by him at Mysuru (Mysore) is still run by his family members. His grandson R. Sharath Jois leads the Organization and under his direction, it is run.