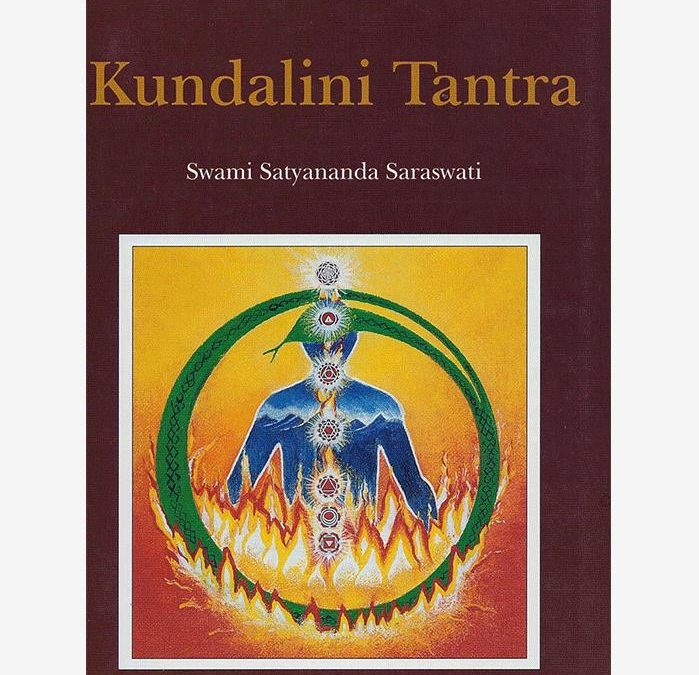 Kundalini Tantra was written by Swami Satyananda Saraswati in 1984. It is one of the best yoga books that are available in today’s world. Kundalini Tantra has a vague objective according to the author. Kundalini as yoga had already been introduced to the world as yoga. What the author Swami Satyananda Sarswati desires was to present kundalini as a tantra, which was the necessity of the new world.

There are five chapters of kundalini tantra, the first is Kundalini then the chakras, Kundalini yoga practice, Kundalini research, and the last chapter Appendix which consists of chakra charts and an index of practices.

The first chapter of Kundalini tantra is kundalini itself.

At the beginning of the first chapter of Kundalini tantra, author Swami Satyananda Saraswati describes how he had spiritual encounters from his early days. He further explains how he came into the world of spirituality and how did he awaken his Kundali.

The chapter proceeds to clarify to its viewers just what is Kundalini tantra is.

Kundali is the force that represents the consciousness of mankind. It is the sleeping dormant power that every human has and is lying at the root of the spinal column. It varies its location between the masculine and the feminine body.

Kundalini is massive energy, but it cannot be tapped into by tormenting it or other means. If untapped it will remain dormant till the end of life also. The only way to tap into the massive power of kundalini is to practice yogic techniques. Asanas, meditation, pranayama and living a yogic life is the way to tap into that vast amount of energy that is lying dormant inside your body.

When Kundalini is just awakened by an individual. They cannot control its overwhelming force; this state of kundalini is called kali. While when one masters it with time and can counter and summon it at one’s own will it is called Durga.

It is a misconception that only sages and hermits are the ones to awaken this power and not others. However, the power of kundalini is for all, and everybody with enough discipline, persistence, and practice can unlock and master it.

Moving further is described the methods to awaken Kundalini: Awakening by birth, Mantra, Raja Yoga, awakening through herbs, Pranayama, Kriya Yoga, Tantric Initiation, Shakti pat, Self-surrender, are the various methods of awakening the Kundalini described in Kundalini tantra. They all have their path with unique effects on the path of kundalini.

Chapter 2 of Kundalini tantra deals with Chakra. Here the evolution through chakras is described with various chakras and their use for us.

Chakra is the energy center in the body from where the cosmic energy flows within the body. There are a total of seven chakras in the body of a human being. The chakras are aligned in the linear line that starts from the tip of the head to the base of the spine. The seven chakras all have a peculiar nature and a peculiar position in the body. The chakra when disturbed and affected results in unhealthy, weakness, and other problems. While the balanced chakra results in a healthy body with lots of physical, mental, and spiritual benefits.

The author of Kundalini tantra Swami Satyananda Saraswati in the second chapter describes the chakra and its types in detail. At the beginning of the chapter, he describes what chakra is to the world. To some the source of energy while to some a myth. He also shared some of his experiences where some asked him for proof of the existence of chakra as when a human body is dissected only blood, bones, and organs are found. Where is the spiral cluster of energy which everyone calls chakra?

The author then described his various logics by which he countered all those situations. However, at the end of this discussion, he shared some new light with people who want to prove the chakra in a theoretical way. He said chakra is not something to be theoretically written and spoken, it is also not the physical entity that can be separated from the human body by dissecting it. It is an experience to be lived and felt by oneself rather than writing or listening to other’s experiences.

As we had mentioned above, all the seven chakras are located on the seven unique sections of the body. All seven of them are also denoted by the seven different colors, chanted by their unique mantra as well as have the range, situations, and experiences which are unique to them.

Chakras are the points that are located at the bac part of the body in the spine. The Chakra Kshetram is the reflection of those chakra points to the front part of the body. They are very interconnected with each other and share a direct bond. The Chakra Kshetram is sometimes used to focus and concentrate the energy, which triggers the original chakra point.

The seven chakras of human body are:

These chakras are very unique to one another, controls the essential aspects of life. Someone when lacks some aspects of characters of life may be having disbalance in either of those chakras.

The second chapter of Kundalini Tantra not only describes the Chakra and its nature but Sahasrara and Samadhi. Sahasrara is often thought of as the chakra, but it is not, it is the Brahman itself, everything and nothing at the same time.

The second chapter of Kundalini tantra further describes the link between raj yoga, kundalini, and samadhi itself.

Kundalini tantra in its 3rd chapter describes the rules and methods of Kundalini yoga practice.

The 3rd chapter begins with the rules and regulations that need to be followed to activate the kundalini.

Kundalini tantra says that to activate kundalini one needs to be vegetarian and live a diet-regulated life.

Ill people should not practice the rules to activate the kundalini.

One needs to have a few years of yogic experience to awaken the kundalini.

Sadhana is done in the morning which is the best time to do so.

The place of practice should be the same every time or one should try hard to do so.

One should put on the light and comfortable clothing.

Chakra sadhana course is the process of awakening each chakra. Kundalini tantra says that one must awaken each chakra one by one simultaneously, firstly awakening one and then moving to the other. The first month one should try to awaken and master the Ajna chakra. One entire month needs to be dedicated to this chakra. Then after completing one take the practice for the awakening of another chakra.

The second month do Mooldhara chakra. Then third time do Swadhisthana and fourth for Manipura. Now, one needs to continuously add the chakra until they reach the final chakra. The final of these chakras is Bindu Visarga which the practitioner will get to in the seventh month.

The awakening of the chakra also needs to be done systematically. One may want to awaken the mooladhara chakra at the beginning or the Bindu Visarga chakra. However, one should not do so as it is the rule of the kundalini yoga to awaken the Ajna chakra before any other chakra. If one tries to disobey this rule the entire chakra balance of the body may get seriously disrupted.

This may further result in physical, mental, and spiritual shocks which the practitioner may not be able to bear. The awakening of the Ajna chakra at the beginning of the practice brings forth a great amount of power and detachment, which allows one to withstand the power of lower chakra awakening without much trouble and shocks.

The 3rd chapter after this in detail explains the way of awakening each of the seven chakras in detail.

After the description of, each of the awakening practices of the chakras this chapter of Kundalini tantra dives into other subject matters. Practices for integrated chakra awareness, Your Sadhana program, Kundalini Kriyas of Kriya yoga. This chapter ends with a description of the Kriya yoga practices.

Kundalini research is the fourth section of the Kundalini Tantra and deals with various kinds of research and information regarding yoga and yoga practices. This section consists of information, research that has been collected from various sources and texts. Then this information was correlated at the IYFM research coordinating center at Munger, Bihar, India. This section tries to link science, yoga, and yoga principles together.

Swami Satyananda Saraswati had paved the way for yogic principles, techniques of the sages and hermits who dedicated their life developing the knowledge of yoga, meditation, and yogic principles that is or is going to be linked with modern science and backed by scientific principles.

Their main functions are:

Kundalini research of Kundalini tantra describes yoga as a vast field whose depth is still not found. What many people try is that they see and research what yoga is on the surface just barely going below it. Then from that limited knowledge they try to link it with science and when they fail, they place their fall on yoga and conclude it not to be overlapping with science.

Kundalini’s research then tries to provide various research and logic to overlap the science and yogic principles.

Another part begins in the fourth chapter which is Kundalini, a fact not fiction. This part begins by providing the history of kundalini and as it is described in hatha yoga pradipika. Here the kundalini is described as the goddess who will bestow the knowledge of kundalini to the one who practices it. Then various logic and scientific facts are provided along with the uprising number of people who believe in the power of yoga and are approaching yogic life.

Another thing it consists of is the Index of practices. Then its last constituent is the glossary, which aids the reader to better understand the terms that are used above. Since all the yoga scriptures and ancient books were written in Sanskrit, this book also features many Sanskrit words which would be difficult to understand without the help of a glossary.