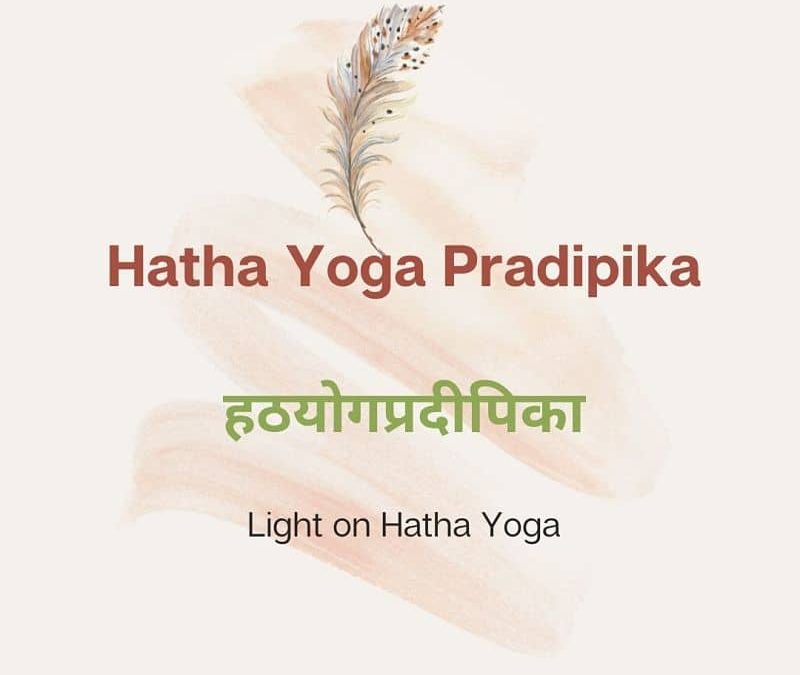 Before the 15th century the hatha yoga scriptures, knowledge, texts, and technique were very scattered. Svatmarama complied the previous records, texts and scriptures that were available on hatha yoga. He also added his findings and experience on hatha yoga. There is also some evidence that scholars believe that some of his work on hatha yoga pradipika comes from Buddhist scriptures also.

The four chapters of hatha yoga pradipika are as follows:

The first chapter of Hatha yoga pradipika consists of 67 verses in total. Various verses serve various purposes in the chapter. Only the verses 17 to 54 describe the 15 asanas of hatha yoga. While other verses introduce, describe and elaborate the various aspects of Hatha yoga.

Raja yoga, the royal yoga is the ultimate yoga that everyone desires to attain. The desire is so imbedded into our whole being that we strive the raj yoga without even being aware about it. Raja yoga is the perfect self-knowledge and cosmic consciousness as described by the hatha yoga pradipika. For those who are ignorant of Raja yoga wandering into the darkness of too many options, compassionate svatmarama gives the light of Hatha.

This chapter describe Hatha as the sanctuary for those who are suffering from every type of pain. The Hatha science and technique should be kept top secret by the user, to gain desired success. The knowledge is potent when concealed and kept secret, however, becomes impotent.

A small door, no windows, no rat holes; not too high, not too low, not too long; well plastered with cow dung, clean and bug free, are some of the characters of the yoga hut where hatha yoga is to be practiced. Living in the hut with those characters, one should practice yoga as instructed by the guru.

Overeating, overexertion, talking too much, performing needless austerities, socializing and restlessness are the six factors that makes one’s yoga to perish. While, courage, enthusiasm, openness, enthusiasms, knowledge of the truth, determination and solitude are the factors which awakens as well as strengthens their yoga.

Chapter 2 of Hatha yoga pradipika deals with pranayama and sat karma. The second chapter consists 78 verses in total. Respiration is the key to life in all living beings. When respiration becomes disturbed, the mind becomes disturbed. By restraining respiration, the yogi gets steadiness of mind.

Dhauti is the first satkarma. The area of cleansing of dhauti is digestive tract, respiratory tract, external ears abd eyes.

It is the cleansing technique which cleans lower intestine and colon. It is also known to have clean the toxin from the body and keep the temperature of the body in check.

Trataka is the sat karma for cleansing of eyes. A reference point is used to increase the focus and cleanse the eyes.

Nauli kriya is the process of cleansing the abdomen. The muscles of the abdomen are moved at certain pattern to cleanse it.

Kapalbhati is the satkarma for improving the functioning of the brain, using the various breath technique and body posture.

Kumbhaka
Kumbhaka are described from verse 42 to 77. It is the process of retention of breath in Hatha yoga pradipika. Kumbhaka is a state of yoga where is neither inhalation nor exhalation of the air. Kumnhaka the state where one can stop the breath at will, is a state considered on the same level as samadhi. It is the state where one achieves the divine knowledge and self-awakening.

Chapter 3 of Hatha yoga pradipika consists of 130 verses in total. The first verses tell the importance of awakening the goddess kundalini. This is done in the verses 1 to 5 in chapter 3.
It says as chief of the snake is the support of the earth with all the mountains and forests in it, alike all the tantras rest in kundalini.

Asanas are the various postures and techniques those when practiced gives good health and healthy mind to the practitioner.

Ashta siddhi are the eight divine knowledge that are believed to grant superhuman and god like abilities to the user. Among the eight parts, each one has a unique feature which grants a unique ability. Flight, shape shifting, creation, teleportation are some of the abilities gained by the person who has achieved Astha Siddhi. Verses 6 to 9, of chapter 3 of Hatha yoga pradipika describes Astha siddhi along with some unique mudras.

Chapter 10 to 18 escribes Maha mudra. Maha mudra are the set of techniques which when practiced provides control and balance over the sexual potential. Various chakra and energy points are affected by the practice of Maha mudra. It heals as well as balances them. The verses also define the benefits of Maha mudra.

Verses 19 to 25 define and elaborate Maha bandha. Jalandhara Bandha, Uddiyana Bandha and Mula bandha are the three-bandha mentioned in the Hatha yoga pradipika. These bandhas are practiced for numerous benefits: Maintaining cardiovascular health, getting rid of sleeping and anxiety problems, mood disorders are some of the benefits of Maha bandha.

Khecari mudra of Hatha yoga is practiced by curling up the tip of the tongue back into the mouth. The goal is to be able to reach the soft plate or nasal cavity with the tip of the tongue. Verses 32 to 54 describes the khecari mudra. It is believed that if one practice khecari Mudra on a daily basis:
– Better voice and tone
– Increased energy and will power
– Get over ego, rage, Jealousy, and other harmful thoughts

Verses 78 to 112 explains various mudras and postures. These are the core mudras mentioned into chapter three. From verse 78 to 118 they are introduced, defined, and explained how to perform. The mudras are as follows:
Viparita karani, Vijroli, Sahajoli, Amaroli, and shakti Chalana

These are the core mudras with numerous benefits. They help the user to achieve various mental, physical, and spiritual feats.

Chapter 4 is the chapter of samadhi. This chapter has 114 verses in total. Different verses describe various aspects of Hatha yoga in chapter 4.
Chapter 4 of Hatha yoga pradipika begins with salutation to the guru. Guru is the dispenser of happiness to the world. Appearing as Nada, Bindu and Kala. The people who are truly devoted to him attain the highest bliss in the world. Samadhi is the knowledge which destroys death, it is the medium which gives true happiness. Samadhi gives brahmanda to the one who achieves it.

Raja yoga, samadhi, unmani, maounmani, Amarativa, Laya, Tatwa, Sunya, Asunya, Parama pada, Amanaska, mukti etc are all synonym and in true sense mean the one and same thing. When salt is put into water it dissolves and becomes one. Likewise, when Aatma and mind becomes one it is called samadhi. This equality of oneness of the self and the ultra self, when all sampkalpas ceases to exist, then samadhi is born.

By the means of various postures and different kumbhakas, when the great power kundalini awakens, then the prana becomes absorbed in sunya. The sunya is the state where one will attain samadhi. The yogi whose shakti has awakened, who has renounced all actions, attains to the state of samadhi without any effort.

When the prana flows in the Susumna, and the mind has entered Sunya then the yogi is free from all the effects of karma. Breathing is lessened when mind becomes absorbed, and the mind becomes absorbed when prana is restrained. Both the mind and breath are united together, like milk and water. Both of them are equal in their activities. Mind begins its activities where there is breath and prana begins its activities where there is mind.

According to, Hatha yoga pradipika when all the thoughts and activities are destroyed then the Laya stage is produced. Laya stage is beyond the definition of speech and words. It can only be self-experienced. Placing the mind into kundalini, and by looking in the mind with intellect and reflexivity the brahma is attained. Keep the Aatma inside the brahma and place brahma inside the Aatma. Having everything pervaded with brahma, think of nothing else.

According to Hatha yoga pradipika, one should become void in and void out, and voice like pot in the space. Full in and full out, like jar in the ocean. He should be neither of his inside nor of outside world. Leaving all thoughts, he should think of nothing.

When the yogi enters samadhi, he becomes free from all aspects. He is not devoured by death nor he is bound by any actions. In samadhi he neither feels smell, color, touch, or sound. His mind is neither awake, sleeping, waking, disappearing, or appearing but is liberated. He feels neither pain, heat cold or pleasure. Such a yogi is immersed in samadhi as per, Hatha yoga pradipika.

The yogi immersed in samadhi, cannot be killed by any instrument and is beyond the controlling power of the being. He is beyond the reach of the incantations and charms.