Hatha is a Sanskrit word which means ‘forceful’ or ‘willful’. The yoga which emphasizes the forceful or willful practice of yoga is called Hatha yoga in general sense. However, Hatha Yoga absorbs the deeper meaning. Hatha also has been defined as ha which represents prana, the vital force whereas tha represents mind, the mental energy. In other word, it can be stated that hath yoga is the practice which unites and harmonizes the mental and pranic energy. 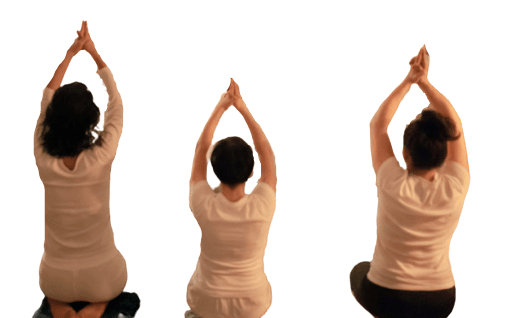 Hatha Yoga is mainly focused on awakening the kundalini Shakti, the dormant force coiled at the base of the spine. Hatha also has been formulated as the combination of sun, the Pingala and the moon, the Ida. The former denotes the active and hot whereas the latter connotes receptive and cool.

The union of Ida and Pingala energy channels with Sushumna nadi at Ajna chakra (third eye) leads the energy flow at the top of the head i.e. crown chakra. When the kudalini Shakti reaches at the crown chakra, the state of yoga occurs.

In this manner, hatha yoga is mainly concerned on how to activate the Kundalini Shakti. When it gets activated and reaches at the top of the head, the state no longer remains as Hatha Yoga. It rather is realized as a yoga.

The reference of Hath yoga goes back to thousands years. However, in practice and documents it has been stated in the books like Hatha Yoga Pradipika, Goraksha Samhita, Hatharatnavali and Gherand Samhita which dates back as early as 6th century to 15th century AD.

Nevertheless, the miniscule reference of Hatha Yoga also has been mentioned to be found in the Holy Scriptures such as Upanishads and Puranas along with Srimada Bhagvada which records the era of 6th century BC. It means to say that Hatha Yoga has been practicing since epochs.

Hatha Yoga contains and comprises of many aspects of yoga. It consists of shatkarma, asanas, pranayama and meditation. All the practices which are based on asanas come under Hatha Yoga irrespective of their glamorous and appealing names hung behinds certain asana practices.  The number of yoga style has been developed and practiced all around the word.

Whether they focus on intensive vinyasa flow or they allow the gentle and slow-paced process of yoga, they have been conducting one aspect of Hatha Yoga. Generally, it is believed that yoga equals asana. It is one factor of Yoga which has been synonymized as yoga itself. Indeed, it is the part of Hatha Yoga.

In this regard, any system of yoga practice which basically concerns on physical postures and movements can be categorized as Hatha Yoga.

Even though meditation has been regarded as the higher state of yoga practice, one has to bring balance and harmony with one’s body and mind through the practice of yoga asanas earlier to any practice which directly focuses on meditation.

Before starting the practice of yoga asana one is recommended to apply the shatkarma in one’s life to cleanse the body and prepare it for the practice of asana and pranayama. When one has healthy body, balanced mind and the practice of pranayama, the journey of meditation gets started. According to Hatha Yoga, shatkarma, asana, pranayama, mantra chanting and meditation are the process to lead the path of yoga.

Since 20th century, yoga has evolved dramatically in the western world. The popularity of yoga to the western world has been inferred to the practice of physical postures. In every yoga schools, you could find different names and styles of yoga. Until and unless they prioritizes and establishe their base on physical postures, they are the product of one seed that is Hatha Yoga.

Ashtanga Vinyasa Yoga, Shivananda Yoga, Iyengar Yoga, Hot Yoga, Power Yoga, Bikram Yoga, Kundalini Yoga, Yin Yoga etc all are indeed the part and portion of Hatha yoga. The origin of all these yoga style relates to the system of Hatha Yoga. Nevertheless, the name Hatha Yoga has been correlated as a practice which relies on slow, gentle, and calm way of practice.

The practice which has no sequence and no flow rather stretch and longer stay in the same pose has been proceeded that has been understood as  Hatha Yoga. When you hear the term Hatha Yoga, the instant picture comes in our mind is about slow-paced and simple yoga asana.

Indeed, we should not get mistaken about the fact that even though pace may be slow, the asana practices in this style are definitely strenuous and rigorous which without any doubt begs your strength and stability. The only flexibility it has carried is that Hatha yoga which we simply remember offers various level of practices in accordance to the capacity and ability of a practitioner.

The first and foremost aspect of Hatha Yoga is shatkarma which takes in Neti, Dhauti, Nauli, Vasti, Kapalabhati and Tratak. These six actions are advised to practice to cleanse the body which would be helpful to bring the harmony while practicing asana and pranayama later on. One is recommended to apply the practice of shatkarma so that one gets maximum benefits from the yoga practice.

Our physical existence has also to be respected and regarded beautifully before even jumping to the area of physical movements, mind and breathing. The physical postures then are practiced which grants the coordination and cooperation of body with mind.  Physical postures with certain flow of breathing helps one to establish the prosperous condition of body.

Then one can start the journey of higher practice that is called meditation. Hatha Yoga in this sense deals with very practical matter which can be the hindrance and obstacle in our day to day life to continue the journey of yoga. Without maintaining harmony and health of the body one is not expected to progress in the way of yoga.

Therefore, Hatha yoga in the very beginning of yoga journey asks one to think about physical body and its steadiness and strength before commencing to the internal and advanced state of practice.