Devotional Yoga-Set Free Yourself From Everything 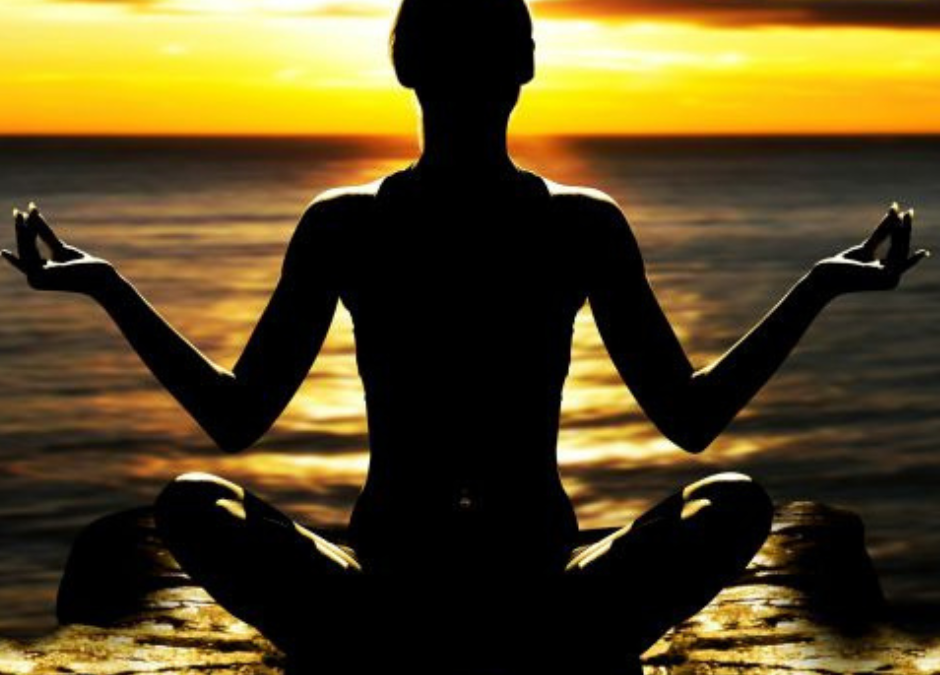 What does Devotional Yoga mean?

Devotional yoga, also called Bhakti yoga, is a spiritual practise that involves giving one’s whole being to a higher power in order to attain enlightenment. It’s a way to raise one’s consciousness to the level of life’s ultimate meaning and complete spiritual awareness, above and beyond what is currently perceived as reality.

Devotional yoga involves chanting sacred mantras, meditating on ancient texts like the Vedas or the Bhagavad Gita, and experiencing a sense of oneness with the world around you.

What Does Bhakti Yoga Mean?

The Sanskrit word bhakti means “adoration or worship of God” from the bhaj root. There are many names for Bhakti yoga, but two of the most common are “love for love’s sake” and “union through love and devotion.” Like other branches of yoga, Bhakti yoga leads its practitioners to an awareness of their own unity with all things.

“Bhakti is the yoga of a personal relationship with God,” says musician Jai Uttal, who was instructed in devotion by the late Neem Karoli Baba. Uttal, a bhakti teacher originally from California who now leads kirtans and chanting workshops around the world, says that surrender is central to bhakti.

David Frawley, a renowned yoga scholar, agrees. According to his book Yoga: The Greater Tradition, “surrender to the Divine as one’s inner self” is the highest form of bhakti yoga practice. According to him, the way involves centering one’s thoughts, feelings, and senses on God.

Where Can One practice Bhakti Yoga?

Bhakti yoga’s or Devotional Yoga popularity has skyrocketed in the United States as the yoga community there has grown up. Every year, people from all over the world gather at the Esalen Institute in Big Sur, California, for the institute’s bhakti festival. The Bhakti Yoga Sun splash was a musical celebration that took place at Yoga Tree in San Francisco. Furthermore, another great yoga festival is Bhakti Fest.

What Yogapedia explains about Devotional Yoga? 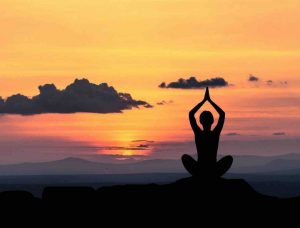 Kirtan, a form of devotional yoga with its roots in India, is now widely practised in the West (“chanting”). The unique benefits of this style include the alleviation of depression, jealousy, anger, egotism, lust, and arrogance, as well as the unification of mind and body. The stress and worry that may have been present is replaced by a sense of contentment, calm, and understanding.

Select an ancient chant or mantra from Hindu or Buddhist texts that you feel at ease silently or aloud repeating in order to practise Devotional yoga through kirtan. Sacred syllables and tones provide a focal point for meditation, allowing one to experience a state of inner calm and ecstasy with the divine.

In addition to kirtan, Devotional yoga consists of eight other limbs that can be practised independently or in conjunction with any other yoga practise to facilitate a surrender to the divine. Shravana, smarana, padasevana, archana, vandana, dasya, sakhya, and atmanivedana are the names of the remaining eight limbs.

“Chanting” (in Hindu Sanskrit, “kirtan”) is one of several Yogic methods and is sometimes treated as its own branch of Devotional Yoga.

On the other hand, Kirtan is not simply a bunch of chants. Mantras (or Chants) are recited in a call and response, or question and answer, pattern, supported by classical Indian instrumentation and chanting.

Kirtan Yoga’s in Devotional Yoga, goal is to help one achieve mental peace and emotional dedication. As a rule, this is something that a group of people does together. Bhajan is a spiritual tradition that shares many similarities with Kirtan. Kirtan and Bhajan are both religious in character (Bhakti Yoga), but Bhajan exhibits a more improvisational flair. Bhajan, for example, does not require the use of musical instruments or the adherence to any particular form, such as a call-and- response performance.

As is commonly known, the Bhagavad Gita emphasises the benefits of bhakti yoga, the path of Devotional Yoga to a large degree. The Gita, however, also emphasises that there are numerous ways to reach yoga’s ultimate goal. Jnana Yoga, or “the path of knowledge,” is another alternative. Supporters of the yogic path of knowledge might think that devotion is unnecessary, and that enlightenment is attained merely by the accumulation of the most comprehensive experiential knowledge of the truth of our existence.

Even yet, the revered teacher Adi Shankaracharya, who was a strong proponent of Jnana Yoga, placed a premium on devotion to the divine, as seen in the 8th-century hymn Bhaja Govindam. According to Adi Shankara, “devotion for God” is the key to reaching enlightenment and breaking free of reincarnation.

An attitude of modesty, openness and a propensity toward service are all fostered by devotion to the divine. With practice of Devotional Yoga, one’s focus moves from self-centeredness and criticism to an increased capacity for unconditional love. The greatest form of love, known as Prema, begins to express and take over one’s life when one lets it.

Making a conscious effort to serve a higher power and devoting more of our actions to the divine usually results in a deeper connection to and understanding of dharma’s heavenly forces (divine law).

What’s more, something wonderful occurs when one’s perspectives of life, conceptions which had been filled with water by the deadening field of the surrounding world, begin to be supplanted by a presence, encountered within and all around, of bonding to that “Supreme Consciousness.”

Trust in the supreme “Supreme Consciousness” of the universe grows in Devotional Yoga. When this happens, the tight grip our individual egos have on our wills begin to loosen, and we take our first baby steps toward surrender.

As this unfolds, the divine forces involved respond by wrapping their arms around, supporting, and elevating us. This is a gift from God. The yogi’s spiritual development in Devotional Yoga is aided by Divine Grace, which serves as both a resource and a guide on the path toward redefining one’s self-identity as a divine oneness with that “Supreme Consciousness.”

When a yogi’s unique consciousness undergoes a process of transformation into an experiential identification with that infinite, immortal, unbounded supreme consciousness, the boundaries between both the devotee and the object of devotion dissolve.