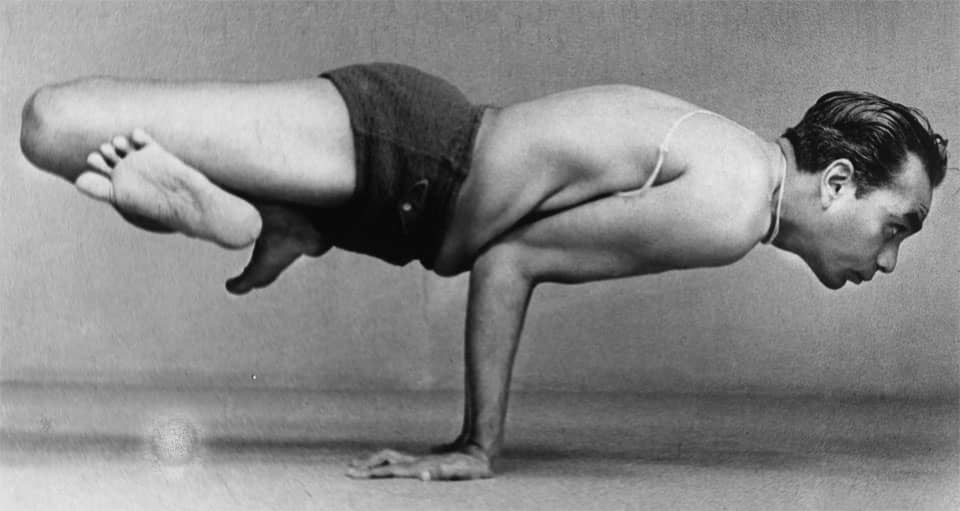 Yoga is the gift of the ancient Hindu community to the world. They are the sets of techniques, poses, and various postures all directed for the betterment of human health physically, spiritually, and mentally. The techniques of Yoga were founded in the Hindu community but in time the techniques have now spread around the world. Methods developed in ancient India now have traveled to the various parts of the world due to its effectiveness and how beneficial it is to the people.

Ancient yoga has now become so diversified that it has developed its segment and types. In the passage of the time of thousands of years, many Gurus and teachers of Yoga arose who redefined the practices and concepts of Yoga itself. The Gurus devised new methods, some reformed the old ones while some of them researched and rediscovered even the lost forms of Yoga. Among the many yogic teachers that came into this world, there is Iyengar who had managed to make his reputation into the Yogic world.

Yoga and its history

The people of the Hindu community believed that yoga was the gist by the gods to the humans. In the time when earth and humankind were new, there appeared a sage who people called the Adiyogi. The Adiyogi was said to be able to perform astonishing acts and was always involved in some amazing activities. People living in that area demanded to learn about the activities that he was performing. Many arrived to learn from him, but he refused in their faces. Some returned while some remained there to convince him and watch him perform his activities.

Time passed, months passed and after many times only seven remained there to learn the methods. At last, Yogi agreed to teach them the secrets of the knowledge, the day the sage agreed to teach them the knowledge was the Purnima (Full moon). That day the sage became the first teacher in the world and the seven people became the first students. We still celebrate the Guru Purnima every year celebrating the first teacher and student in the world.

Yoga has passed an exceptionally long time before it reached this age. In time many Yogis appeared who reformed and entirely changed the perception by which we see Yoga. It is believed that some of the Yoga Gurus who came to the earth were the incarnations of the gods themselves. Whatever the case may be the teachers formed many forms and techniques of Yoga. There are hundreds of legendary yogic gurus and hundreds of yoga forms that were developed by them.

Among the hundreds of yogic gurus that had lived on this earth, there was B.K.S Iyengar. He was born in the previous century and lived a very long life which is common for Yogi who practice yoga. He is known for the Iyengar form of Yoga that he formed and developed.

Also, his parents had given birth to many children, which also was quite common at that time where people were not so educated about the problems of overpopulation. Iyengar was the 11th child of the total 13 children of his parents. Among the 13 Children of the parents of Iyengar, only 10 children survived and Iyengar was among the fortunate ones that lived.

The childhood of Iyengar was not completely spent in Karnataka. In 1923 his parents moved to Bangalore where he was 5 at the time. In 1928 when Iyengar was just 9 years old a great tragedy struck his family as his father passed away. Iyengar’s father died due to appendicitis. The sudden demise of the father of the family further worsened the economic condition of the family.

The child life of Iyengar was very tough and according to his statements, we can interpret that he survived a miracle. When Iyengar was born he was infected with influenza his whole village was in the grasp of that disease. Malaria, Typhoid, Malnutrition, and tuberculosis. Due to the impact of these diseases, he was very weak during his childhood period.

Iyengar had had an exceedingly difficult childhood, but his education and determination are the things that turned his life around. Iyengar was very weak from childhood as he had suffered multiple deathly diseases and it was a pure miracle that he had even survived and lived a long life. It can be said that Yoga was the thing that healed him in more than one way. His brother-in-law was Yogi Sri Tirumalai Krishnamacharya, and he is the one who introduced young Iyengar to the world of Yoga. He asked him to come to Mysore to learn and practice Yoga as it was the medium that could heal him.

Iyengar had some yoga classes after arriving there. He was immediately enchanted by the power of yoga and decided his life to dedicate to learning the practice of Yoga. Krishnamacharya taught Yoga to Iyengar and he lived at Mysore learning and practicing yoga.

The relation between Krishnamacharya and Iyengar was also a complicated one. They also had a few rough paths in their relationship as the people around them had told. Despite the rough patches between them, it was Krishnamacharya that Iyengar turned when he was facing problems in his life. He also returned to his Guru when he faced problems in his Yogic life.

Iyengar married Ramini in 1943. The parents of both of them were the ones who had arranged this marriage. The union of two was like something that was made in heaven. According to Iyengar, the love between him and his wife was so that they even never argued with one another on any matter. It was like they were made for one another, and their soul was one. Together they had six children, five daughters, and only one son.

The children of Iyengar were also actively involved in Yoga. Some even became the internationally renowned Master of Yoga walking in the steps of their father. Geeta, Vanita, Sunita, Suchita, and Savita are the names of the daughters of Iyengar while the name of the son was Prashant. The name of the eldest daughter was Geeta and along with the son Prashant became the internationally renowned Yoga teacher. The eldest daughter Geeta specialized in Yoga for women and published several books on diverse topics. His son Prashant also authored some of the books and is popular in the field of Yoga.

In the year 1952, the course of Iyengar’s life again changed when he met a certain individual. Iyengar had a good Yogic life in India and even had gained some number of followers but on the international field, he was someone unknown. However, all that was about to change when he had met that individual.

Yuhadin Menuhin was the one who connected Iyengar to the international world. Menuhin was given quick Yogic tough by Iyengar in their first meeting, and he became enchanted by him and stayed in touch. Menuhin believed that by the practice of Yoga that Iyengar had taught him, his performance of Violin was getting better as he was a professional violin player. Eventually, Iyengar was invited by Menuhin to his country Switzerland.

After his introduction to the west, Iyengar got a mass following and people loved what he was doing. People wanted to learn from him, and he had gotten to that level internationally. Over time, Iyengar had taught many people and some of them were the most famous people on the earth at that time.

Elisabeth Queen of Belgium, Krishnamurti, and Jaya Prakash the famous actors were some of the most famous that Iyengar had taught yoga to. The experts of other fields had also come to learn the art of yoga from Iyengar. Iyengar was living the golden years of his life. All the pain that he had gone through to learn the art of Yoga was worth it at this point.

The life of Iyengar was running like this and in 1966 he published his first book Light on Yoga. The book became an international bestseller, which was the power of the knowledge of Yoga that Iyengar had distributed through his book. According to various reports, the book was translated into more than 17 languages and even had sold millions of copies. Along with Light of Yoga Iyengar had published 13 other books which have their importance in the field of Yoga.

Iyengar yoga was developed by B.K.S Iyengar so it was named after him.

Alignment, sequencing, and timing are the major aspects and fields of Iyengar yoga. These are the concrete pillars upon which the Yoga technique rests. Yoga is a very advanced form of Yoga that provides multiple benefits for the one who practices it. Yoga is so great that even the teachers of this Yoga must go through a lot to just be able to teach it. People who want to teach Iyengar yoga to the students need to go through three years of intensive training just to be able to teach Iyengar yoga to other people.

The Iyengar association of the world sets the standard to learn this yoga and if one needs to master it and gets the proper certificates they must live up to that standard. Iyengar yoga is so integrated that everybody from beginner to advanced yoga practitioner can try it and gain immense benefits from it. The beginners at first only learn the basic postures of Iyengar yoga and the basic forms of Yoga itself. While the advanced level practitioners can perform the advanced level of Iyengar Yoga.

Iyengar left this world forever on 20th August 2014. He was at Pune Maharashtra when he left this world. Iyengar was 95 years old when he passed away. For the boy who had that many illnesses when he was so little to get to that point of life is a very amazing feat. Yoga was the thing that cured him at an early age and in time he repaid it by developing yoga and healing many others in many forms. With his achievements and contribution to the field of yoga, Iyengar will be forever immortal.