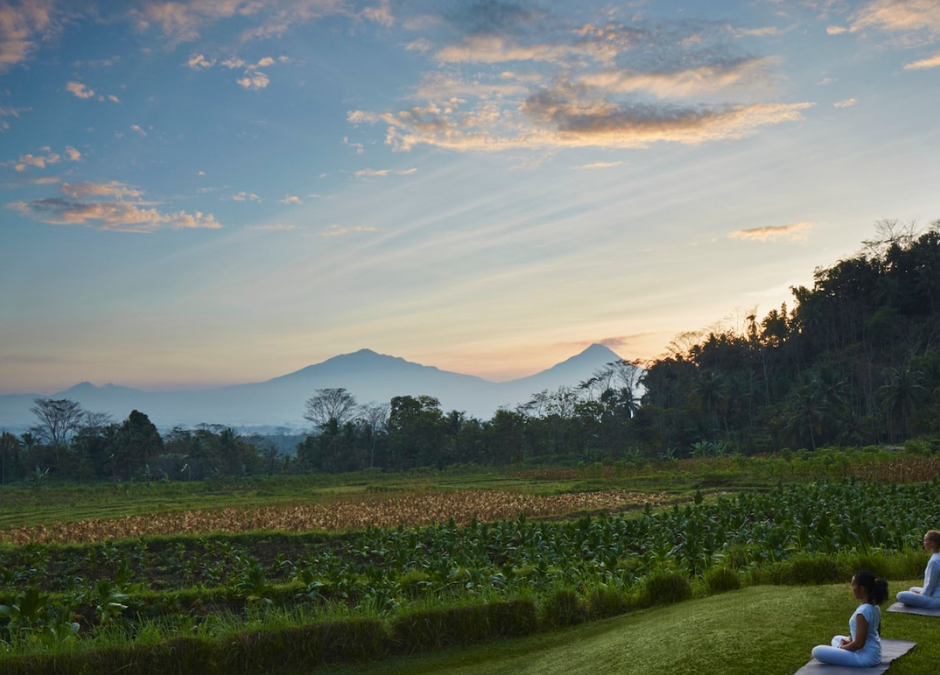 What Are The Best Types of Retreats in Nepal?

A seclusion in order to concentrate on the yoga practice could be referred to as a yoga retreat center. It’s possible to have a natural and isolated experience during a yoga retreat in Nepal, but more often than not, participants travel to a venue that offers group yoga activities. Within the context of the western world, yoga retreats typically take the form of holidays spent at opulent resorts.

The eastern image of yoga retreat center in nepal, on the other hand, is much more subdued in character and tends toward more budget-friendly weekend vacations. Ashrams and monasteries are two of the best places to look for these. Retreats are held with the goal of providing yogis the opportunity to concentrate only on their practice, free from the interruptions and demands of daily life.

Yoga retreat centers are brief vacations from the routine of daily life that often run anywhere from a single weekend to a whole week or longer. There is a wide range of yoga that corresponds to each of the world’s major faiths.

The majority of the time, people think of yoga retreat centers as being on the more opulent end of the scale. In order to de-stress and unwind, the traditional course of action for individuals is to go on a short vacation, pay a visit to a luxury hotel or spa, and take part in a yoga retreat center. This resort offers a wide variety of activities for guests, some of which include swimming and sauna use. You can also relax while taking in the breath-taking views of the surrounding nature.

Camp for adventurous practicing yoga, many tourists to Nepal combine their training in yoga with a visit to the country’s many fascinating sites. A Yoga retreat center also provides access to other parts of the journey. However, yoga retreats highlight the “adventure” aspect in a unique way. They may combine yoga with other activities, such as running, riding, paddling, or surfing. You’re expected to test your limits and engage in a wide variety of courageous activities. Those looking for a more physically demanding Yoga retreat center can consider this option.

Those who are looking to give their bodies a fresh start can consider attending a detox Yoga retreat center. All of them have to do with cleansing the body and getting people’s health back on track after they’ve been off track. Detoxing the body, meditating, consuming raw food or juice, and getting your mind in the right place are all standard procedures at yoga retreats. Yoga, meditation, and other activities are commonly included, and a hospital ward diet is promoted heavily to ensure enough nutrition. However, this does not imply that you will go without food for the whole of your yoga vacation.

The purpose of the spiritual detox Yoga retreat center in Nepal is to help you connect with your spiritual side via yoga. The retreat has little, if any, spiritual significance. A greater priority, however, is to encourage spiritual growth and healing in each person. The goal of the yoga retreat is to promote overall health and wellness among participants. Non-secular or restorative yoga retreats may incorporate local customs.

You may often find yoga retreats at hotels and other types of holiday spots. Similarly, detox Yoga retreat centers that take the shape of a resort and spa tend to be on the more extravagant end of the spectrum. This kind of event typically takes place at a luxury resort or specialized spa, where the participant has the run of the place.

On a daily basis, they may include a certain type of yoga. Some examples of such pursuits are swimming, saunas, massages, and many more. As a result of the spa treatment, breakfast, and other amenities, the Inner Journey retreat is also included.

A yoga haven for serious practitioners Where yoga is emphasized in Nepal. Those who are serious about their yoga practice and are interested in trying out a retreat will benefit greatly from this book. Yoga sessions may go longer or occur more than once daily. Meditation and a more in-depth study of the yoga tradition are common components of such retreats.

If you want to get the most out of your personal practice and progress rapidly, this is the type of detox Yoga retreat center you should attend. A yoga retreat may take place at a resort or another predetermined venue. One can anticipate challenging oneself physically by learning new yoga postures and sequences and, on occasion, learning about various nonphysical components of yoga.

Going to a silent detox Yoga retreat center can help you become more comfortable in your own company. There is a wide range of silent yoga practices, some more intense than others. Thus, some require absolute silence, while others allow for targeted debate.

Contrary to the typical detoxification process, to a yoga retreat facility, which attempts to cover as many aspects of the discipline as they can, special Yoga retreat center concentrate on one specific aspect of yoga, such as an indigenous ritual or series of ceremonies. They also represent retreat facilities that are geared toward women or persons of any other particular subset of the population.

Nepal Yoga Home is one of the leading yoga retreat center of Nepal which provides all above mentioned retreat courses for different duration starting from 1 days to month long.

Teachers may be seeking for ways to make their detox Yoga retreat center facility stand out from the competition, as well as strategies to add entertaining and educational professional guest speakers. This is because there are a lot of detox yoga retreat facilities currently available.