The Four Noble Truths Given By Buddha 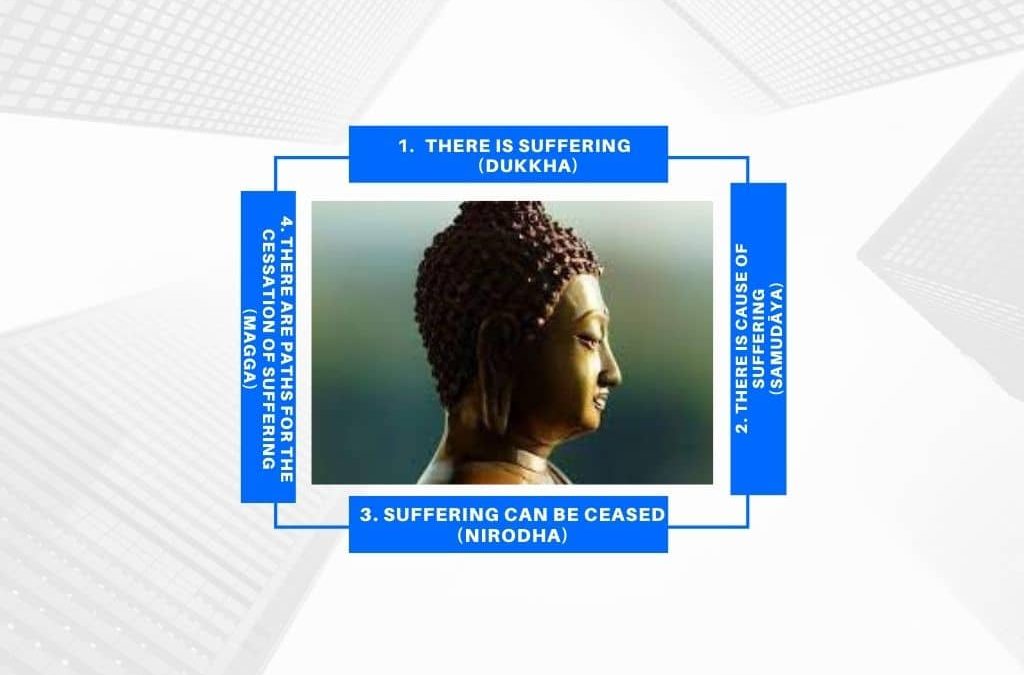 The Four Noble Truths Given By Gautam Buddha

Gautam Buddha whose original name was Siddhartha Gautam was born in Lumbini, Nepal 2500 years ago. He attained enlightenment at the age of 35. The four noble truths are experienced by him when he was enlightened.  After that, he started to teach these four noble truths to the people.

There is suffering (Dukkha)

Suffering is the first truth of life. There are various forms of Suffering. Birth, Old age, Sickness, and Death are four major sufferings. Life experiences suffering in each and every situation. You cannot achieve your expectations. When an expectation is not ahieved one becomes miserable.

Human beings have unlimited desires and cravings. When you have a craving you will definitely have aversion or hatred. These dualities bring suffering every moment. If a desire is not fulfilled, one suffers. He will suffer though he attains a desire because it is not permanent. He may suffer even with the fulfilled object. The chain of desire is non-terminating thus the suffering is also non-terminating.

First Noble Truth- There is cause of suffering (Samudāya)

The second noble truth is the origin or cause of suffering. According to Buddha “tanha” i.e., desire is the root of all miseries. When one is free from desires he will be freed from suffering. The miseries exist as long as the desires exist. When one is liberated from desires he attains perfect tranquility. The misery won’t be washed away until he attains peace of mind.

The day-to-day problems like hunger, thirst, physical pain, miseries of loss, etc. have clearly detectable causes. But the root of all the suffering is the desire (tanha). The “tanha” arises in three forms. They are treated as three poisons which are the ultimate cause of suffering-

The third noble truth is- “the possibility of ending i.e. misery can be uprooted”. The suffering is not permanent. Suffering contains various potentialities to eradicate it. Each and every problem has a unique solution. There is no such problem that doesn’t have a solution. As a coin has the head on a side and tail on the other side so the life has suffering on a side and the possibility of releasing the problem.

The final noble truth is- there is the path to end the suffering. The path is a set of doctrines known as the Eightfold Noble Path. This path follows the middle way. This is to be practiced being free from the three poisons- illusion, craving, and aversion. The misery will be uprooted when one has to learn to be liberated from these three evils.

The Eightfold Noble Path casts aside both extremities- intense and loose. It should be moderate. If the wire from a pole to another is too tight it will break and if it is too loose it may fall towards the floor. Severe indulgence and severe asceticism neither are helpful for enlightenment. The division of eightfold paths are-