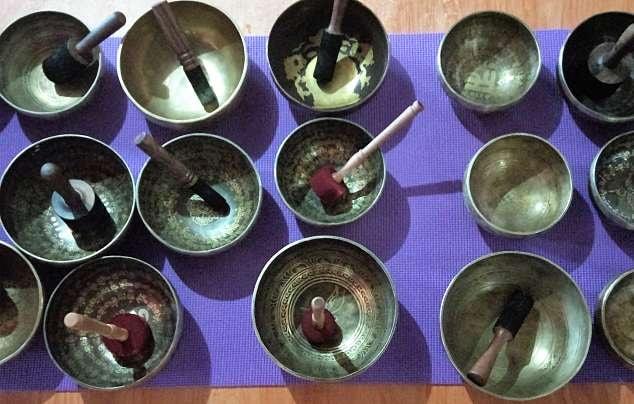 Sound is supposed to be the form of a divinity in various traditions and cultures in the world. The sound being the part of life has been conceived as the real nature of the supreme existence of the God. In the Hindu philosophy there is a mantra in Sanskrit ‘Nada Brahma’ which means ‘Sound is God’. To make it apparent and evident, even the modern science has asserted the idea that the existence of the universe has been integrated with the vibration of the universe.

The vibrational energy of any matter has been considered its source of origin. And that vibration comes out of sound. The idea of having the sound of ‘Aum’ or ‘Om’ is also very much popular and highly acceptable even by the credential proofs of the modern science. Having said that it is the sound which is the real source of energy of human being. The effect of the sound in the universe has been found to be very intensive and powerful.

Even the animals have been allured and captivated by the energy of the sound of music. Precisely it is the sound that leaves hypnotizing effect on the body and mind not only of human being and animal but also it has been recorded that the trees and flowers which is treated with the music in regular basis have different growth and development. Since the time immemorial, the sound has been the part of human civilization. Coming to this age, it has gained the reputation of having wonderful therapy and practice of healing for many people and practitioners around the globe.

When the history of the sound comes to the discussion on the surface level, it is remarkable to say that the implication and combination of sound has been pooled with the healing even in the present time. While chanting the vedic mantras and conducting the havan and yagya, the sound of bell was also used to intensify the effect of the rituals. Moreover, in the Buddhist tradition the system of bell and bowl has been highly practiced since the inception of Buddhism. Likewise, Christianity also has been following the belief that the real is word and the word is the God or vice versa.

When one has to speak a word one has to bring a sound. In this manner, it sounds logical to say that the sound is the form of God. It means to say that the God or that Supreme Self is latent in every creatures which makes the sound. The ideas of sound and its grandeur has been approved by many cultures and tradition in the world.  The concept was originated thousands years ago in the form of conch when was used to begin to play both in auspicious and tragic events.

The sound of drum was also used to make the cultural programs entertaining and exciting as well as many other musical instrument. All these cultural practices are adjoined and interlinked with the notion that the sound has greater effect to modify or control the mind of a person. It has been used for transferring the signal of the sound to the people’s mind. More than anything else, the sound and its vibration has been very rooted with the human existence.

By the implication of the sound, the blockage and bondage created in the energy channel in the body is supposed to wash out and cleanse it. It’s because the sound has healing effect not only in the human body, mind and spirit but the source of existence has been intertwined with the sound and its vibrational and energetic effect in the universe. In this way, the practice of sound healing has made the system and therapy of the healing practice much higher and valuable also because of its link to the source of the existence. 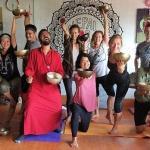 The practice of Sound healing integrates the ancient of practice of Himalayas especially Nepal, Bhutan and Tibet where in the temples and monastery, similar sort of musical instruments or bowels were applied to soothe and sober the mind, body and spirit of a person. The musical instrument like bell are still found in Hindu Temples.

The bells are the original and the trail-blazing instrument which widened the potentiality of sound healing bowls practiced and popularized in the modern times throughout the world. The phrase or the practice which has been illustriously renowned in the present periphery of healing called singing bowl therapy is another name of sound healing.

The belief of many religions that the existence was possible because of the sound or the word has been highly associated with the present form of sound healing practiced in the world for healing the complete aspects of a person. The effect of sound has been found very deep with the brainwave and its level.

In this regard, the sound leaves the incredible effect in the body and mind to control and confer it for the betterment. The nerves and cells feel the vibration and its circulation run in the body through the medium of sensation and vibration. Based on this idea, sound healing has been the system of therapy which has been implied as the alternative healing therapy all around the world.

How Does it Work?

Instead of dispersing the vibration of the sound in pieces or any certain part of the body, it gives overall and holistic vibration in the physical, emotional and spiritual aspect of our life. A person with the Beta state of mind slowly turns down to Alfa and Theta with the considerable flow and inclusion of the sound which lets him/her dip down in the pond of ecstasy and calmness giving vibrational effect on the holistic aspect of the body.

Sound healing has immense impact in taking the mind into the meditative state. It has been one of the greatest practice ever made in the field of healing and spirituality. Ever since the system of healing was started the idea of sound healing in the name of vibration, sound and mantra.

The way mantra has been applied to help a person go to the meditative state of mind, the sound also has influential effect on taking the mind into the very trance state indeed. In the practice of sound healing, the sound with help of singing bowl, forks, bells are implied to heal and relief the stress and anxiety of a person creating the harmony and rapport with the vibration of the sound that is brought or produced by the use of different sound healing instrument.

Sound healing has more related with the idea of listening any sort of music which soothes and pacify one’s mind. In the practice of sound healing too one is expected to use some instrument to heal the body, mind and spirit of a person. When one listens the sound which is much common may give the irritating or unbearable impression. However, when one listens some exotic and heartening sound which would take one to the level of hypnotic state and dig oneself into the relaxed and rejuvenated state.

In the recent years, the practice has taken the form of therapy in more professional and occupational level. It has been the way of healing people not only at your home by the some monks and priests who would practice these things. Rather it has been the part and portion of career for many people who have been pursuing it as a profession as well as the best way of taking one to the level of awareness and spirituality in a deeper manner.