There is a great importance of vegetarianism as human are naturally vegetarian. Let’s identify experimentally, whether human are vegetarian or non-vegetarian- Have you ever thought of killing a buffalo or goat with your bare hand and eat them raw? You saw a dead animal on the side of the road; do you feel to eat? The answer is ‘No’. A cow was walking on the mountainous sloppy path and falls downwards and gets hurt badly. The condition is near about death. Do you feel pity for those animals or feel to eat it? The answer is “sympathy feeling”. This shows human psychology is vegetarian.

The people who abstain from taking fish, poultry, eggs, and meat are called vegetarian. There is another concept called “pure vegetarian” who avoids taking animal products, even dairy products, honey etc. They are also called “Vegans”. They strictly avoid the use of any kind of animal products and services that are achieved by exploiting animals. Nowadays, the research has found that the vegan diets are the best of all for both angles- physical health and spiritual upliftment.  Vegans try to provide right and respect to the animals as well.

Human Anatomy also proves that they are vegetarian

Thus, it shows that the ideal and healthy diet for human beings is a vegetarian diet. Plant products help to be safe from different diseases. Elimination of meat from your diet saves reduces the danger of hypertension, osteoporosis, kidney stones and many other terrible diseases. The vegetarian diet is helpful to precede the vital step with a long life of health and happiness. Animal products like meat, eggs are only the sources of cholesterol and the prime source of saturated which are the major causes of heart diseases.  Even risk of heart attack can be reduced by 90% consuming vegetarian food. The fiver found in vegetarian diet lay off harmful cholesterol and cancer-causing agents; reverse atherosclerosis.  A Californian University, Loma Linda, evinces that meat consumers have three to four times higher possibility to suffer from prostate cancer than vegetarians.  Dr. Takeshi Hirayama (a member of National Cancer Research Institute of Tokyo) finds through his study that vegetarianism women reduce the threat of breast cancer by 25%. The women in Japan who adhere meat based food were eight-nine times more possibility to suffer from a breast cancer than the women who eat the plant products. Fiber intake, absorbed through the plant, is a pointed factor to prevent cancer. 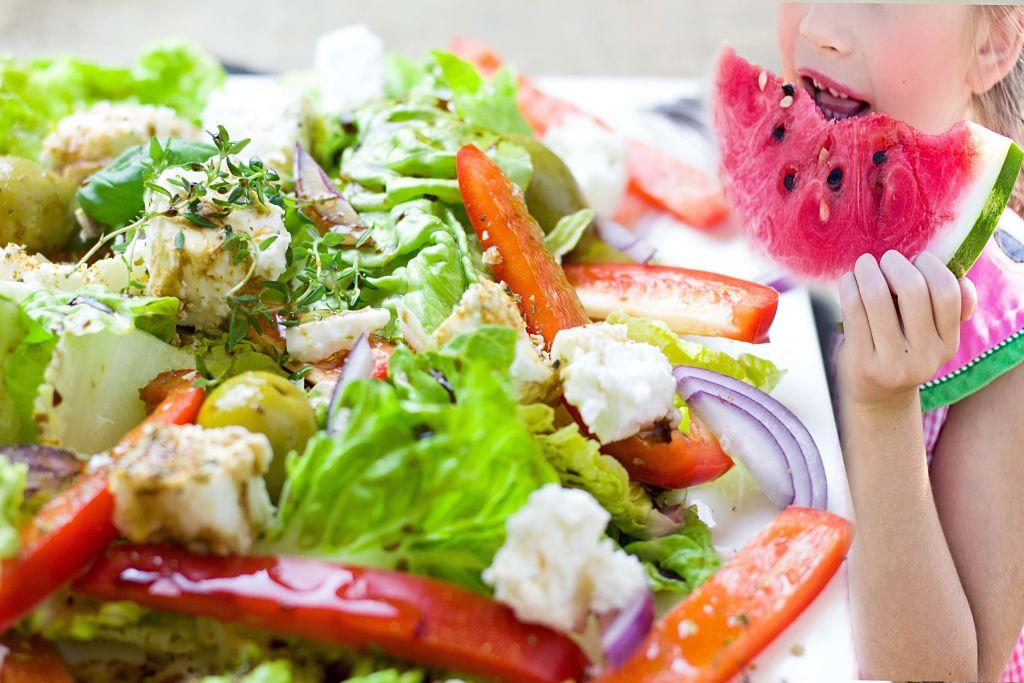 The Journal of the National Cancer Institute protocoled in the 1970’s that there are no any people in the world with a high meat consumption which does not have a high rate of colon cancer. A study of UK for over 6000 vegetarians revealed them 40% less likely to die of cancer than meat-eaters. Blood check out of vegetarian shows that they have higher levels of specialized white blood cells which fight against cancer cells, and increases immune power. The high rate of fat, absorbed from animal products, is always shorn of fiber. This increases the chance of cancer and constipation. It is the vegetarian diet which reduces the risk of blood pressure, eliminates non- insulin dependent diabetes. Once, American Journal of Clinical Nutrition kept diabetic on a vegetarian diet, nearly half of the patients were able to stop using insulin injection.  Animal protein causes the body to spue more calcium, oxalate and uric acids which can form a stone in kidney and gallbladder. An ultrasound research has shown that 18% of meat-eating women were with the symptomless gallstones, juxtaposed to only 10% of vegetarians. Vegetarian food makes the calcium work properly and does not force to spit out of the body, as meat does, vegetarians have a lower risk for the weakening of the bone and major health concern for women. A long study conducted by the University Hospital in Linkoping, Sweden,  in 1985   more than 90% of patients with bronchial asthma had less severe and less frequent attacks while abandoning non-veg food, and minimized their need for medication as well. Dr. William Castelli advice that vegetarian diet could help more than 90% of all Multiple Sclerosis victims, blocking the disease phenomena and improve the health condition.

The death rate was lower among the vegetarian people than the general people as per the study of vegetarian Seventh Day Adventists. The death rates was lower among the vegetarian men from coronary heart disease, stroke, diabetes, cancers of all types, etc.  Vegetarian women had lower death rates from stroke, diabetes, cancers of all types like – breast cancer, cancer of the rectum, ovaries, and colon.  Dr. William Castelli found through his research that vegetarians live longer than meat-eaters by about 6 years. Populations that consume high amounts of meat, like Greenlanders and Russian Kurgi have life expectancies of only 30 years. Populations like the East Indian Todas and the Russian Caucasians, who consume little or no meat, have life expectancies of 90-100 years.

As vegetarians are healthier, avoid toxic food, they naturally have more energy and endurance which was repeatedly shown by scientific studies.  Thus, the study concluded that meat-eaters have a higher tendency of disease and death whereas vegetarian lifestyle approaches strength, health, happiness and long life.