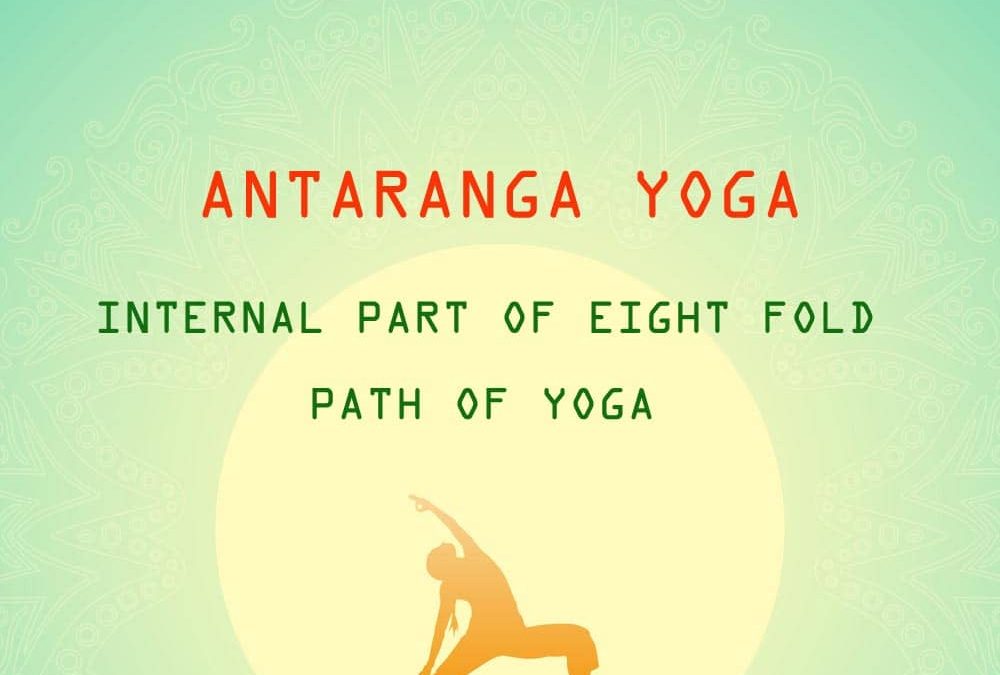 Yoga is an ancient practice that dates back thousands of years. It is not only a means of stretching and breathing but on the contrary, it has historical and ancient roots. Over time, numerous acclaimed priests have given meaning to yoga. The profound name in yoga is Sage Patanjali and he’s the man behind ‘Ashtanga yoga’. The Antaranga yoga is a vital component of his teachings and here, we shall discuss them.

1. THE YOGA THAT WE KNOW

Modern-day yoga is more about breathing and stretching rather than linking oneself with the supreme being. Although this might not always be the case, the objective of yoga was always to feel eternal bliss. There are various forms of yoga that you can use to achieve your said target. Readers may be confused as to which yoga they should practice but fret not as we shall discuss it some other day.

There are other forms of yoga too. You might be asking where is antaranga yoga? Well, you’ll find out eventually so keep reading!

3. WHAT IS ASHTANGA YOGA?

The last three aspects of Ashtanga yoga, “Dharana, Dhyan, and Samadhi’ are collectively called Antaranga yoga. They have an important role to play in the yoga cycle.

4. HOW DID ASHTANGA YOGA BEGIN?

The irrefutable fact is that ashtanga yoga originated from Patanjali, but through the years, many yogis have made valuable contributions to it. K. Pattabhi Jois is another famous name in the yoga world. He was a student of T. Krishnamacharya and studied under his guidance at the College of Maharaja in Mysore, India. The crux of their subject matter was ‘Yoga Korunta’ which is an ancient relic.

Many historians believe that the ‘Yoga korunta’ was written by Vamana Risi. The sage wrote this text with the motive to guide the human population from a path of wrongdoings. K. Pattabhi Jois learned many secrets from his teacher including antaranga yoga.

The sixth component of Ashtanga yoga dwells on concentration. Concentrating is a difficult task and it is easier said than done. In this practice, yogis learn how to keep their thinking process in check and epitomize all their power. This power, on the other hand, is placed on a single object, or, thought. Once we learn to focus on one thing, it transcends to meditation. Similarly, it will help us in other endeavors as well.

Another component of Antaranga yogais dhyana. In this aspect, the core objective is to maintain prolonged periods of concentration. You may find the terms Dharana and dhyana synonymous, but there is a fine demarcation line. While Dharana focuses on concentrating on one thing only, dhyana involves awareness plus focus. To reach this stage requires unbridled attention and grit. Make sure that you practice well to reach this stage.

Samadhi is the final aspect of ashtanga yoga and it is often known as the state of ecstasy. In this stage, the yogi joins himself with the celestial being and gains the ability of eternal peace and understanding. The idea of eternal peace may seem a bit far-fetched now but there were times when it was possible. There are numerous doubts as to what it is and what it isn’t. The only way you can find out is by practicing yourself.

Thus, these were the components of antaranga yoga and we hope that we managed to grow your interest in yoga.