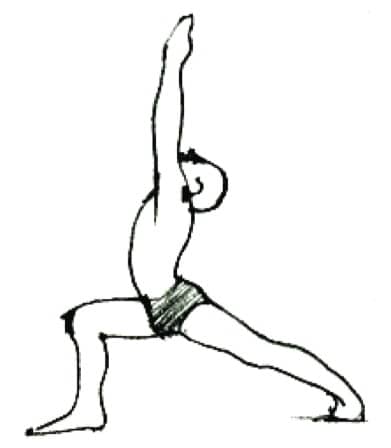 Alignments, Adaptations and Contraindication In Yoga

Are you practicing yoga on your own? Have you ever felt that even after enough practice you still are not able to attain the final postures? Most often yoga practices are initiated by imitating the key steps of approach and final posture performed by the trainer. But practitioners are usually unaware of their body’s alignment during the course of yoga practice. Here in this article, we will try to illuminate on basics of origin, effects and management of misalignments and contraindication in yoga in general.

Where do misalignment originate from?

Effects of misalignments in yoga

It would be quite comprehensive if we go through some examples in order to understand the effects of improper alignments in yoga. Let’s take a simple asana – Sukhasana.

Sukhasana is the cross legged sitting posture, is amongst the simplest and commonest yoga posture. Many individuals find themselves difficult to remain in this posture. Enough lateral or external rotation of hip is expected to sit in Sukhasana.

If there is no enough lateral rotation of hip, the knees are held high. Subsequently pelvis tilt posteriorly which will cause the concave curvature of lumbar spine to become convex and ultimately the individual is forced to sit in a kyphotic posture (convex curvature).

Anyone practicing pranayama or breathing exercise in this kind of misalignment, can feel difficulty while breathing deeply. Because the ultimate posture decreases the area of expansion for lungs to breathe in.

If there is a limitation in some part of your body and you force a movement the brain will take the movement to a different place. Now you can imagine how limitation in hips can result to difficulty in breathing. So we need to be very careful during the practice of yoga about contraindication in yoga.

Knowing and fixing the limitation is the key to attain a proper alignment yoga practices and contraindication in yoga. Again let’s try to understand through an example.

Hamstrings are a set of muscles present on the posterior part of your thigh. They range from your sitting bones to the back of your knee. These muscles are the key muscles in most of the asana but more importantly in the forward bending asana.

Padahastasana (Forward bending in standing posture) is better to begin with. In Padahastasana you are expected to approach the final posture through hip bending rather than the spine bending (which we often go through to pick up something from the floor while remaining in the standing posture).

Tightening of hamstring restrict the hip bending. You can imagine this when you are bending forward to reach the maximum lit you would want your upper part of body remain intact on the pelvis bowl and then you would bend taking the whole weight forward.

But if the hamstrings are not flexible enough then the pelvis won’t be able to tilt posteriorly and you will not attain the full final posture. On the other hand, due to the limitation of hamstring, the lumbar curvature pops out to give convex appearance (common sign of spine bending) which if hold for longer duration is sure to cause lower back pain.

So better to start with some exercises that would release the tightness of hamstrings. This would help you to get the proper alignment while performing the asana once and for all. But the hamstrings nor any other muscles get flexible within a day. Until then during your yoga practices you can follow some adaptation tips.

In case of Padahastasana, if you cannot touch your feet with your hands (which is common in beginners) they are asked to bend knees to some extent. This adaptation lessens the tension in the hamstrings and you can bend forward quite easily.

In the previous asana that we mentioned, Sukhasana, if you find your knees going above your hip level, you should know that it is denoting your hips are not rotating externally enough. It is better if you sit on blocks or pillows such that the angle between the pelvis and thigh is opened. This will bring the knees nearer to the floor and also prevent the spine to remain erect.

Adaptations don’t solve the root cause of your problem but they enable you to come up against the hindrances and perform your yoga session comfortably. The root cause is only fixed when you manage the limitation. As for some advice, the butterfly pose is quite good to enhance lateral rotation of your hip.

How to remain in a posture for longer duration?

It seems really attractive to see one holding some complex posture for quite a long period of time. Yoga beginners should always have the patience if they really want to achieve perfection in the asana. They should also have sound knowledge of proper alignment of body for yoga practices in the beginning of their course.

For proper alignments establish priorities from the distal to the proximal parts of the limbs, i.e. construct standing poses from your feet to your hips to your torso and from your hands to your shoulders to your torso. That’s desirable because your awareness of the body gets poorer and your ability to control the muscles diminishes as you move from distal to proximal.

If you first bend or twist the trunk and then manipulate the extremities, the latter movements take your attention away from the proximal structures of the body over which you have less awareness. By contrast, if you settle the distal portions of your limbs first, you can keep them stable with minimal effort while you place your attention on the central core of the body.

Even before alignment of body, one should be aware of their own health condition. Also the trainer should be quite cautious about the practitioner’s health condition before training the individual. Practicing yoga without considering such conditions jeopardize one’s health.

It is noteworthy that all yoga practices are not restricted in these conditions but if anyone has one of these condition they would better take advise from trained yoga trainer before they practice yoga. Such as Sirshasana is contraindicated in hypertensive individuals but practitioner is still allowed to do forward bending asana. Be careful about contraindication in yoga before to practice.

Here we have listed some of those condition

Knowing your limitation is the first principle to attain the proper alignment in yoga and contraindication in yoga. Proper alignment is achieved either through management of limitation or through application of adaptation. But even before that one should be cautious about one’s own health condition. And never forget patience isrequired along with practice to achieve perfection.